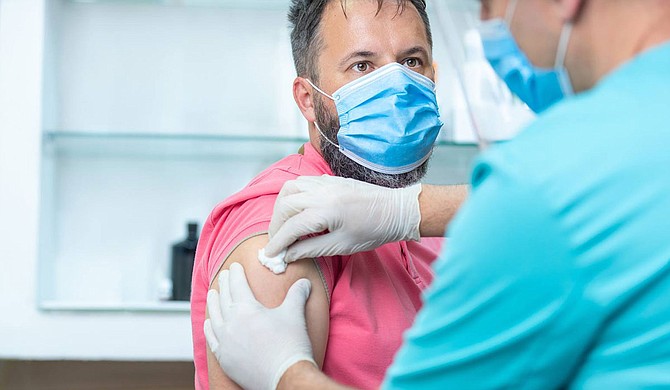 Winter weather slowed down vaccination availability in Mississippi last week, but 30,000 additional appointments are now available for this week around the state. Photo courtesy Utah.Gov

COVID-19 vaccine eligibility is primed to encompass a broader range of Missisippians this March. In a Feb. 23 press briefing, Gov. Tate Reeves announced that teachers and first responders may schedule their vaccine appointments starting Monday, March 1.

“It is exciting news for those who have been working hard to keep our schools open and our streets safe,” Reeves said.

Reeves noted the challenges in vaccinating Mississippians during last week’s winter weather, citing 32,000 vaccinations administered, which as lower than the recent average. However, this week’s scheduled appointments rebounded from 60,000 to almost 87,000.

“The men and women at the Health Department, at MEMA, at the National Guard, are committed,” Reeves said. “They're going to work next Saturday and Sunday to get us caught up, and that's something we should all be proud of.”

More vaccines are available this week, with Reeves tweeting about a large increase in available appointments: “30,000 new first-dose appointments were just loaded into the state system. Teachers and first responders are now eligible as well. You know where to get them!”

At least 350,000 Mississippians have received their first dose so far, with more than 500,000 doses administered for both first and second rounds. Of the distributed doses, 88,725 are from the Federal Pharmacy Program, while 688,610 doses are from Mississippi’s system of hospitals, clinics and mobile sites.

At the Feb. 23 press briefing, State Epidemiologist Paul Byers shared good news about COVID-19 rates in the state. “We have seen some continued declines in our overall numbers of cases that we're seeing as well as our number of deaths and this is good news,” Byers said.

The Mississippi State Department of Health reported 669 cases for yesterday with 28 deaths. This is a slight increase from last week, but still averages well under the worst rates during previous months.

In addition to declining cases and deaths, hospitalizations and intensive-care usage has decreased. Byers leavened this optimistic news with caution, however. “Even though we're getting closer to the light at the end of that tunnel we still need to maintain those things that got us here,” he said.