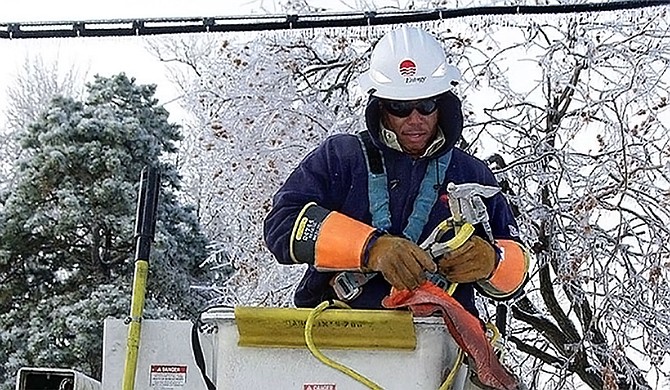 The City of Jackson is distributing safe drinking water at six locations throughout Jackson today. Jackson Mayor Chokwe Antar Lumumba announced yesterday that the water is now available at specific times depending on the location. Metrocenter Mall is a major distribution point for both drinking and flushing water.

Non-potable water for flushing is also now available at almost all fire stations throughout Jackson. Residents need only bring a container to fill. Exceptions to available fire stations are Station 20 on Medgar Evers Boulevard, Station 10 on Woodrow Wilson Avenue and Station 22 on Lakeshore Drive.

Gov. Tate Reeves also commented on Jackson’s water issues at a Wednesday press briefing. “For all intents and purposes, we are without water in downtown Jackson,” the governor said.

City buildings remain shuttered today as bitter cold continues to hamper water and power in Jackson. A City of Jackson press release, updated yesterday, reads: “City Hall and all other City office buildings will remain closed due to weather conditions on Thursday, February 18, 2021. All City of Jackson employees that have been working remotely should continue to do so.”

Reeves gave a winter storm update in his Wednesday afternoon press briefing. “What we’re seeing happening now is a continuation, a new front, but a continuation of some really challenging times here in our state,” he said.

Reeves also thanked those working to keep essential services going in the state. “There are a lot of men and women that are putting themselves in harm’s way and we want to thank them,” he said.

“Our linemen from our rural electric co-ops to our men and women that are working at TVA and Entergy and Mississippi Power. Those men and women are out in this weather helping protect us, and we want to thank them, along with our first-responders and our health-care heroes and so many other people.”

The governor warned of possible continued snowfall and ice accumulation, which can continue to limit power and water services around the state, as well as make travel hazardous. “Our roads are very challenging right now,” Reeves said.

The mayor also gave an update about the winter storm’s effects on the city yesterday. “Entergy has estimated that they have experienced between 18,000 to 19,000 customers that have a power outage at this time,” he said. “These power outages are largely due to large limbs falling on power lines as a result of freezing rain over the last day.”

Tree-cutters must first remove the fallen limbs before Entergy can work to restore power across the city.

Entergy reported 90,000 customers without power in the state yesterday, and while that number is down to around 55,000 today, the weather is still hampering repairs. “Although our workers restored service for thousands of customers yesterday, the wintry conditions created new outages throughout the day. The pace of restoration should increase today as the weather improves and temperatures rise,” this morning’s press release from Entergy stated.

The Public Services Commission regulates power rates in Mississippi so costs are estimated at the beginning of the year, which means customers will not see their bill change mid-year due to any particular storm or energy shortage. However, cold weather can increase bills by making heating systems use more power.

Entergy Senior Lead Communications Specialist Mara Hartmann spoke to the Jackson Free Press about what people can do to relieve some of the pressure on their home heating systems. “Heating and cooling make up the biggest portion of anyone’s bills,” she said.

“If you’ve got an electric water heater, then you can get one of those real inexpensive blankets from a home improvement store that you just wrap it around there and tape it on, and it helps keep the water hotter, longer,” she said.

“We also urge people to use weather stripping or caulking around doors and windows, roll up a towel, stick it underneath a door that goes outside,” she said. “Seal around anywhere you can feel cold air coming in.”

Entergy offers programs for anyone struggling to pay their electric bill, which can be found here.