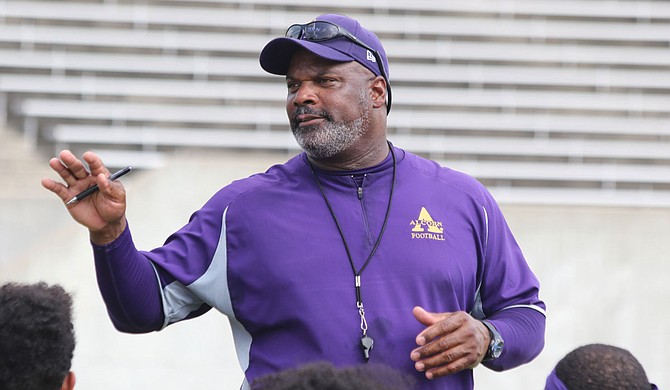 The overwhelming favorite to win the Southwestern Conference East title won’t play a spring 2021 season. Alcorn State University decided to opt out of spring football when the school made the announcement on Tuesday, Feb. 9.

ASU was picked by the SWAC coaches and media relation officials to win the east this spring. The Braves quarterback Felix Harper was selected as SWAC Preseason Player of the Year.

Alcorn State made this decision to not participate in the spring season due to concerns regarding COVID-19, making the Braves the first of 10 SWAC schools to opt out of the spring season. ASU was set to start the season on Saturday, Feb. 27, against Alabama A&M University.

Good news for head coach Fred McNair is that the NCAA has given players an extra year of eligibility. That means Harper and the rest of the current senior class can return for the fall season later this year.

Alcorn State opting out does put a pause on a highly anticipated match up between the Braves and Jackson State University. The Tigers new head coach Deion Sanders has been a splashy higher for JSU.

It will be great seeing what the most dominant team of the east for over half a decade against the program Sanders is building. That will have to wait for now as JSU looks to try to win the east this spring.

JSU, Mississippi Valley State and the rest of SWAC will begin play on Saturday, Feb. 27. The championship game is set to be played on Saturday, May 1. Each team has a bye week and an open date this season.

The league hasn’t announced if it will rework the schedule with the opt-out from Alcorn State.