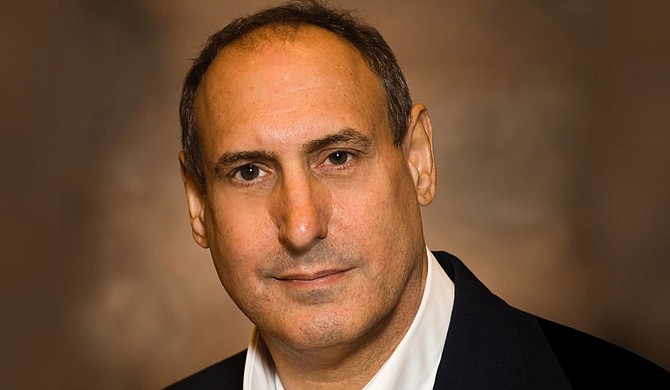 State health leadership is urging Mississippians to take safety precautions against COVID-19 this holiday season, as the Mississippi State Department of Health reports slow but steady increases in the number of cases.

“Let's be smart about our activities over the holidays,” State Epidemiologist Dr. Paul Byers said in a Dec. 17 press briefing with the Mississippi State Medical Association—the last such meeting of 2021.

“Big indoor social gatherings are where we may see transmission,” Byers said. Outdoors is better, being around those people that you see all the time is better than interacting with a lot of people in a big indoor setting that you don't normally see, that's how transmission occurs.”

Now reported in at least 89 countries, the World Health Organization estimates that omicron cases may double every three days or less.

This rapid transmission has led to at least one confirmed U.S. death so far involving the omicron variant. That death involved an unvaccinated male in his 50s who had previously contracted COVID-19, and who had underlying health conditions.

New U.S. Census Bureau data shows 2020’s population growth declined to the nation’s lowest point in its entire history. Less than 400,000 people were added to the United States last year due to delayed immigration and pregnancies, along with more than 800,000 Americans killed by the disease.

The delta variant still comprises 96% of reported cases in Mississippi, with Byers noting two confirmed cases of omicron in the state with more currently under investigation. Early reports indicate omicron as a potentially more mild form of COVID-19, but Byers cautioned that even a more mild virus can cause problems with state health infrastructure.

“I think the thing that we need to keep in the back of our mind is just like with a lot of things, even with flu, if we do have a sudden increase in the overall number of cases we will have vulnerable people who are hospitalized,” Byers said. “If we have a whole lot of cases that's going to lead to more pressure on the healthcare system and certainly may lead to more deaths.”

Amid news of omicron’s rapid takeover, President Joe Biden announced additional COVID-19 countermeasures during a press briefing today, including no-cost distribution of half a billion rapid tests to American homes.

“One of the other things that we know that has to be done is more testing because omicron spreads easily, especially among the unvaccinated,” Biden said. “It's critically important that we know who's infected. That means we need more testing and that score we're now where we should be.”

Americans will be able to sign up online to receive free COVID-19 test kits beginning in January.

Other announced measures include the mobilization of military medical personnel for areas overwhelmed by COVID-19 cases, as well as an increase in federal testing sites.

“Starting this week, the federal government will set up emergency testing sites in areas that need additional testing capacity,” Biden said. “This free testing is going to help reduce the waiting lines, the time you have to stand there, sometimes it’s an hour or more. We're going to continue to add federal testing sites where needed so that if you want an immediate test, it would be a place where you can go get it.”

At-home test kits are now scarce in some areas, with pharmacies such as Walgreens and CVS as well as retail giant Walmart now limiting the number of kits per purchase.

Biden also took time to speak directly to purveyors of COVID-19 misinformation and their effect on American lives.

“The unvaccinated are responsible for their own choices,” Biden said. “But those choices have been fueled by dangerous misinformation on cable TV and social media. These companies and personalities are making money by peddling lies and allowing misinformation that can kill their own customers and their own supporters. It's wrong. It's immoral. I call on the purveyors of these lies and misinformation to stop it. Stop it now.”

Jackson Mayor Chokwe A. Lumumba tested positive for COVID-19 this morning after taking an at-home rapid test, and is now quarantining at home awaiting the results from a separate polymerase chain reaction, or PCR test.

“The Mayor took the home test Tuesday morning as a matter of routine,” Executive Writer Justin Vicory said in a press email. “He initially wanted to notify his immediate family of the test results before sending a news release to the media. He urges residents to abide by the citywide mask mandate to limit the spread of the virus and to continue getting the vaccination and booster shot to limit the possibility of serious health effects.”