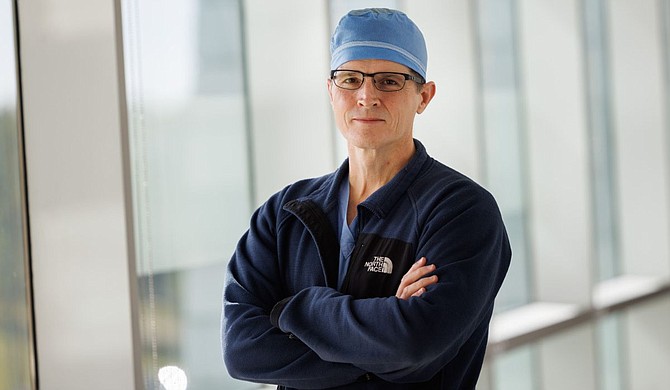 Pediatric cardiothoracic surgery deals with congenital heart disease in children, which refers to heart defects such as misaligned pathways or holes that need patching, Burch says. Roughly 30 to 40 percent of the surgeries his department performs are on newborns and infants, while others involve heart conditions that children are born with but are not critical until later in life for these children, whereupon operations may be required.

As chief of pediatric cardiothoracic surgery, Burch holds an administrative role in directing the department's resources and in mentoring junior physicians. He also works with leaders of other divisions that his department works closely with, such as the intensive care unit, which provides critical after-surgery care to children such as ventilators and IV drips.

After completing his residency, Burch began a fellowship in cardiothoracic surgery at the University of Florida College of Medicine in 2006 and completed his congenital cardiac surgery training at the University of Utah School of Medicine 2008. He joined the UUSM faculty as an assistant professor of cardiothoracic surgery and later served as the division's interim chief for two years and as chief for around three years. He left UUSM in 2017 and took a position as a pediatric cardiothoracic surgeon at Cook Children’s Medical Center in Fort Worth, Texas, where he remained until taking his current position with Children's of Mississippi.

"I took this position with Children's of Mississippi because I wanted to be somewhere closer to home and have a positive impact for children and their families in Mississippi," Burch says. "We have a strong framework here to deliver excellent care with excellent physicians. With the recent opening of the Sanderson Tower here, we now have excellent new facilities to grow and develop our heart center further."

The Sanderson Tower opened on Nov. 2, 2020, and includes new surgical suites and a new catheterization lab as well as private neonatal and pediatric intensive-care rooms, a pediatric imaging center and outpatient clinics for pediatric cardiology and other specialties. The tower is named for Sanderson Farms CEO and board chairman Joe Sanderson and his wife, Kathy Sanderson.

Burch and his wife, Tamara Burch, have been married for 26 years and have two daughters, 14-year-old Sophia and 11-year-old Lola.