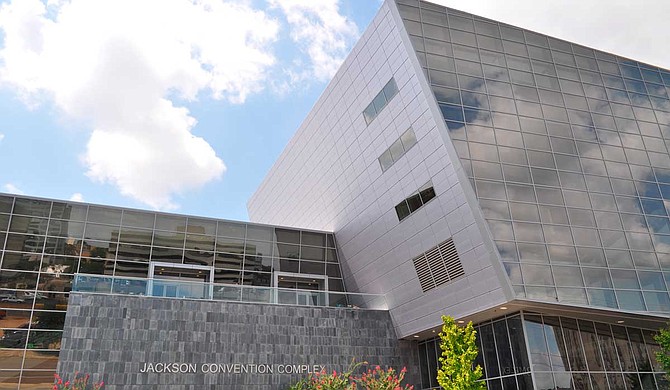 The National Baptist Convention, the largest organization of African American Baptists in the U.S., is currently holding its annual mid-winter board meeting at the Jackson Convention Complex (105 E. Pascagoula St.) from Monday, Jan. 14, to Thursday, Jan. 17.

Held each year during January, the convention's mid-winter meeting usually draws 3,500 or more delegates, a release from Visit Jackson states. Its parent body, auxiliaries, boards and ministries use the meeting to conduct business, and host worship services and other activities.

Jackson native Jerry Young, pastor of New Hope Baptist Church and the convention's 18th president, will host a banquet on Tuesday, Jan. 15, at 7 p.m. Mississippi Congressman Bennie G. Thompson, the first Democratic chairman of the House Homeland Security Committee, will be a guest speaker at the event. Tickets are $60 and are available at New Hope Baptist Church (5202 Watkins Drive).

The convention will hold a worship service on Wednesday, Jan. 16, at 7 p.m. at the Jackson Convention Complex. Civil-rights veteran Robert Smith Jr., the president and chief executive officer at Central Mississippi Health Services since its founding in 1963, will be the guest speaker for the event. He also holds the Charles T. Carter Baptist chair of divinity at Samford University's Beeson Divinity School,

Additionally, the convention will host a daily vendor fair inside the Jackson Convention Complex every day of the event. It will also conduct late-night worship services at 10 p.m. at the Westin Jackson hotel (407 S. Congress St.) on Tuesday and Wednesday.

For more information on the National Baptist Convention and a complete listing of mid-winter events, call 601-362-6265 or visit nationalbaptist.com.

Mississippi Dyslexia Centers, an organization that offers dyslexia therapy to individuals of all ages, will host its fifth-annual symposium on Friday, Feb. 1, from 7:30 a.m. to 3:30 p.m. at New Summit School (1417 Lelia Drive) in Jackson.

MDC has offices in Greenwood, Hattiesburg, Jackson, Oxford and Madison. The organization also offers therapy during the school day, after school and via virtual technology through a partnership with New Summit School. The MDC Dyslexia Therapy Program includes courses on reading comprehension, fluency, spelling, handwriting, grammar and written expression.

Jimmy Huston, a screenwriter and author of children's book "The Dyslexic Handbook: Genius Edition," will be the guest speaker for the event. The 2019 MDC Symposium will cover topics such as the characteristics of dyslexia, technology in the classroom, supporting dyslexic children through high school and college, handwriting for dyslexic individuals and more.

Tickets are $45 per person, which includes breakfast, lunch and materials. For more information, call 601-982-7827 or visit msdylexiacenter.com.

Century Club Charities, the host organization for the Sanderson Farms Championship golf tournament, donated $1.25 million to Friends of Children's Hospital on Thursday, Jan. 10. The organization also presented a second gift of $125,000 to FOCH during the same event. Of that, $100,000 came from Mac Elliott, chief executive officer of the National Aviation Academy and childhood friend of Sanderson Farms CEO Joe Sanderson, in memory of the late Sidney Allen Sr., who was the former board chairman of FOCH.

The $1.25-million donation is earmarked for the Campaign for Children's of Mississippi, which is funding the construction of a seven-story, 355,303-square-foot pediatric tower next to Batson Children's Hospital in Jackson.

UMMC broke ground for the tower on Dec. 1, 2017. It will include a new neonatal-intensive-care unit with 88 private care unit rooms, 10 more operating rooms, more pediatric intensive care unit space, an imaging center, an outpatient clinic, and 12 dedicated cardiac beds for medical and surgical care for children with congenital heart defects. The tower will also house the Children's Heart Center, which is UMMC's pediatric cardiovascular program.

Cristina and Patrik Lazzari own Bocca Pizzeria with local chef Austin Lee. The restaurant specializes in traditional Neapolitan pizza, which originated in the Campania region of southern Italy, and contains Roma tomatoes and mozzarella cheese made from water buffalo milk.

Fauna Foodworks owner Enrika Williams has worked under famous chefs such as Emeril Lagasse, Mel Toldedo, Vince Hernandez and Richard Blais in Atlanta. She also worked at The Greenbrier resort in West Virginia and was a sous chef under the late Craig Noone at Parlor Market in downtown Jackson. Her menu features items such as festival street dogs and spiced chicken empanadas.

Gold Coast Bar takes its inspiration from Prohibition-era nightlife along the Pearl River, an area once known as the "Gold Coast of Mississippi." The bar features wine, beer and a menu of original cocktails named for notorious Mississippi nightclubs.

California native Rachel Phuong Le owns Poké Stop, a restaurant that will allow guests to customize a sushi roll in a bowl, which is called a poké bowl. Patrons will be able to choose from ingredients such as sauces of Le's own making, and both cooked and raw proteins.

Whisk, a crêperie by La Brioche, will serve savory crepes for breakfast, lunch and dinner, featuring wraps made with gluten-free buckwheat flour and filled with ingredients such as ham and Gruyere, prosciutto with figs, arugula and balsamic vinegar, and more. Whisk will also serve fruit-filled sweet crepes with toppings such as La Brioche's own artisanal gelato, and a selection of the patisserie's most popular desserts.