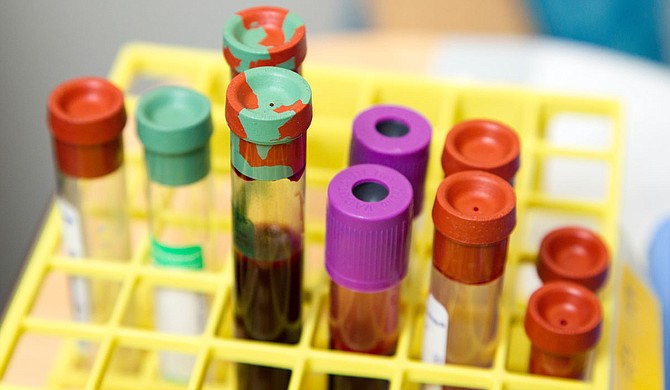 The Centers for Disease Control and Prevention placed a hold on the Johnson & Johnson vaccine on April 13. Mississippi has had to fill this gap with more doses of Pfizer and Moderna. Photo by National Cancer Institute on Unsplash

After investigating reports of a rare but serious side effect in Johnson & Johnson’s COVID-19 vaccine, the European Medicines Agency concluded yesterday that the vaccine’s label should include information about possible blood clotting, listed as a “very rare side effect.”

The EU’s report shares information to help each European country make its own decision about how to regulate and administer the vaccine, but the EMA notes that the “overall benefit-risk remains positive.” No cerebral venous sinus thrombosis, or CVST, events have been reported in Europe, though J&J rollout there were slow while investigations were underway.

Johnson & Johnson’s vaccine is still on pause in the U.S., though the CDC plans to release more information on Friday, April 23. “I think CDC and FDA did the wise thing,” State Health Officer Thomas Dobbs said in an April 16 press briefing.

“They said ‘let's do a pause on Johnson & Johnson’ even though it’s exceedingly rare, less than one in a million that they've identified so far,” Dobbs said. “(It is) important to keep that in context.”

The Mississippi State Department of Health has had to replace the state’s paused J&J rollout with more Pfizer and Moderna doses, posing logistical challenges for hard-to-reach areas of the state. “We're having to make some logistical adjustments because a lot of our community events depended on that as an option,” Dobbs said.

“When we told them about the two vaccines and let them choose, two-thirds of them chose Moderna and a third chose Johnson & Johnson,” he said. “It’s going to cause some logistics issues, but we're so fortunate to have a good supply of Pfizer and Moderna. That’s huge.”

No cases of the serious side effect have been reported in Mississippi, despite circulating reports suggesting otherwise without evidence.

Some COVID-19 vaccines, like Johnson & Johnson, use a modified adenovirus as a carrier for the vaccine. This modified adenovirus does not cause same cold-like illness that the original virus causes, but it is under investigation as a possible immune system-provoking component of the vaccines in very rare cases.

J&J and others like the Russian and Chinese vaccines use the modified adenovirus as a component of their vaccines, but Pfizer and Moderna vaccines do not. More information on how all of these vaccines operate is available here.