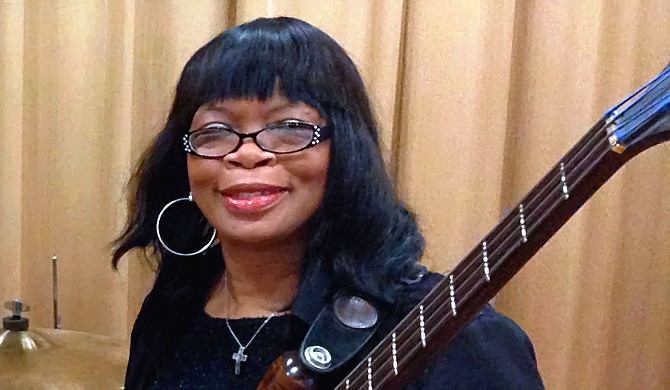 Jackson-born musician Nellie "Mack" McInnis earlier this year received the 2021 Governor’s Award for Excellence in Music for her 40-year career as a jazz, funk, blues and bass performer. The virtual ceremony for the award took place in the Red Room at Hal and Mal's in Jackson. Selena Schottenheimer, a board member of the Central Mississippi Blues Society, nominated McInnis for the award.

"When I learned I had been nominated for the award I felt flabbergasted, to be honest," McInnis says. "I've attended Governor's Award ceremonies before, and seen others receive it who had a lot of weight behind, from doctorate holders to Grammy-award winners. Never in my wildest dreams did I think that all the time I've spent rolling along and doing what I do would make me become a candidate. It was a notable and prestigious award that I was elated and humbled to receive." 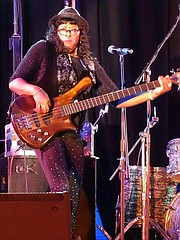 As part of the virtual ceremony, McInnis and her band performed Stevie Wonder's song "Heaven Help Us All," which McInnis says she chose in light of the challenges facing Jackson and the world amidst the COVID-19 pandemic. In her acceptance speech, she acknowledged the importance of up and coming young musicians and emphasized to them the importance of education and practice to further their aspirations.

"Musicians across the world have been affected along with everyone and everything else with everything that shut down," McInnis says. "So much was cancelled or postponed and it was painful, but even in the middle of it all I used the opportunity to work more with my church and on other pursuits like my Nellie Mack Project."

The Nellie Mack Project is a variety group that McInnis formed out of "not wanting to play behind someone else, in terms of pay or position." She conceived the project as a large jazz or big band ensemble, but after realizing that such bands are not widely requested in Jackson, downsized it into a variety group that has since performed at festivals and concerts throughout Jackson, as well as at McInnis' church.

As McInnis grew up in Jackson, while her family initially attempted to get her to play the organ for her church, McInnis became more interested in a bass guitar that her brother, Walter Garner Jr., owned. While her brother was initially reluctant to teach her due to bass guitar not being seen as a woman's instrument at the time, he relented and McInnis took up the instrument, eventually performing for the first time at Club Checkmate in Jackson.

While studying music at Jackson State University, McInnis entered a talent show with Rhonda Richmond, Niecy Evers and Cassandra Wilson, who would later become a Governor's Award winner herself. After winning the competition, the group formed the band Past, Present and Future in 1980, with Tina Clark as their manager. She later received her bachelor's degree in music education from JSU in 1984 and a master's degree in the same subject in 1987.

Over the course of her career, McInnis has performed in Finland, Belgium and Norway and has performed onstage with greats such as Ellis Marsalis, The Bar Kays, Billy “Soul” Bonds, Governor’s Arts Award recipient Dorothy Moore, Clark Terry and the late Dizzy Gillespie. She also teaches music to children as part of the Mississippi Arts Commission's Artist Roster.

In addition to her work with the Nellie Mack Project, McInnis also manages the "Catch Them While They're Young" program, which aims to engage parents to encourage their children to play an instrument as a means of building character. McInnis visits local schools as part of the program to speak in auditoriums about the importance of music, and then give lessons on how to play various instruments. While the project has been on hold due to the COVID-19 pandemic, McInnis plans to resume it as soon as possible. She also provides similar educational performances at Tougaloo College's summer camps for children.