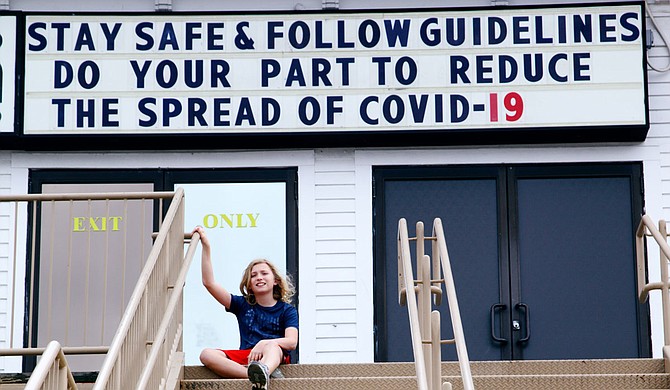 Mississippians have received more than 1.3 million doses so far, with an estimated 25% of the state completing full vaccination. Photo by Sharon McCutcheon on Unsplash

The COVID-19 variant designated as B117 is now the most common strain of the virus in parts the United States, almost two months after the Mississippi State Department of Health first detected the United Kingdom variant in Mississippi. MSDH has so far learned of 147 cases of the new strain across the state.

State Epidemiologist Dr. Paul Byers gave more details about the spread of the variant in an April 9 press briefing for the Mississippi State Medical Association.

President of the Mississippi State Medical Association Dr. Mark Horne asked if the variant were to become more prevalent in Mississippi as in other states, “superspreader events” could become more common. “There certainly can be,” Byers replied.

“That’s starting to have an impact because we're starting to see that effect on the younger population because we know that the U.K. variant is more transmissible than the wild type,” Byers said.

Though variant B117 is more contagious than the previous common strain, Byers said that all three available vaccines do a good job at maintaining their efficacy against the virus. “The vaccines that we have right now are pretty good at preventing illness with the U.K. variant,” Byers said. “They’re also pretty good at preventing the severe outcomes that occur with them.”

“If we were to see upswings from the emergence of the variant strain in Mississippi, we may see more cases, but what we hope to see is a blunting of the severe outcomes in those older groups, but we've really got to get everybody vaccinated because even the younger folks may have hospitalizations and severe outcomes from this variant,” Byers said. “We are seeing significantly increased numbers of the U.K. variant being identified in Mississippi.”

‘Under Every Circumstance the Vaccine Is Better Than COVID’

In an April 6 press briefing, Gov. Tate Reeves and his medical team addressed lingering vaccine hesitancy, while noting that almost 900,000 Mississippians have received one or more vaccine doses so far.

“I cannot express how important it is that these rollout(s) of the vaccines continue to ensure that we can return to more and more of a sense of normalcy,” Reeves said. “With summer quickly approaching, it is important that we remain vigilant against the virus and continue to take necessary precautions when necessary.”

Cardiologist Dr. Clay Hays noted that “86% of the health-care workers at St. Dominic's have been vaccinated with at least one shot. And so as a medical community, we believe in the vaccine and we're going to continue to encourage people to get it,.”

“So far, compared to just the background risk in the population, they haven't seen increased stillbirths, increased miscarriages other complications, anomalies in the pregnancies. They have not seen any increase compared to the population,” Travelstead said. “So, we can feel better about pregnant ladies getting it.”

“It's still a personal decision, and we encourage patients to have the conversation with your physician,” she said. “Talk about it, ask questions.”

Travelstead notes that mothers-to-be may take Tylenol to help with a low-grade fever if one develops in the days after receiving a vaccination.

State Health Officer Thomas Dobbs compared the fear of the unknown to the fear of the known, pointing out that data do not support concerns about vaccine risks, but the studied risks of COVID-19 infection, including “long COVID,” are well known.