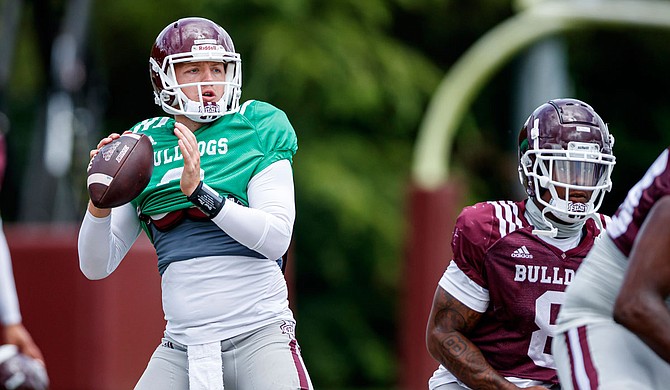 After a long delay the SEC finally joins the rest of college football this Saturday, Sept. 26. The conference will begin a 10-game, conference-only schedule and two division winners will meet in the championship game.

As long as the current pandemic does not interfere with those plans, that is.

One thing both coaches are keeping close to the vest is who will start as quarterback in their respective season openers. Kiffen could go with either Matt Corral or John Rhys Plumlee under center against the Gators.

Leach, meanwhile, may have already tipped his hand. MSU moved last season’s starter Garrett Sharder to wide receiver, and former starter Keytaon Thompson has transferred to the University of Virginia.

MSU has five quarterbacks on the current roster, but the one who perhaps has the best chance to start is former Stanford University quarterback K.J. Costello. Anyone else starting would be a surprise pick by Leach, who is known for being unconventional.

Costello played in 11 games for the Cardinal in 2017 and put up respectable numbers. He threw for 1,573 yards as he completed 124 passes on 211 attempts with 14 touchdowns and four interceptions.

The Rancho Santa Margarita, Calif., native didn’t enjoy a great 2019 season. He played in just five games as his season was lost to injury. Costello still passed for 1,039 yards as he completed 102 of his 167 attempts with six touchdowns and three interceptions.

Costello comes to MSU as a graduate transfer from Stanford where he earned a degree in political science. He will have one season to catch the eye of NFL scouts once again as he plays his final college season.

Leach has had success with graduate transfers before while he was the head coach at Washington State University. He helped a transfer from Brandon, Miss., get into the NFL, and that player has since become a starter for the Jacksonville Jaguars.

Brandon, Miss., native Gardner Minshew played for Leach at Washington State for one season. The numbers he put up caught the eyes of NFL scouts and he ended up being drafted in the sixth round with the 178th pick overall in the 2019 NFL Draft.

Costello can hope he passes for the same 4,776 yards, just as Minshew did in his lone season with Leach. He could get off to a good start against LSU.

The Tigers are having to replace plenty of pieces from the 2019 National Champion team that has moved on to the NFL. MSU might catch a LSU team that has not gelled as well as that team.