City Earmarks $2.6 million for Belhaven Flooding, Calls on UMMC to Step Up 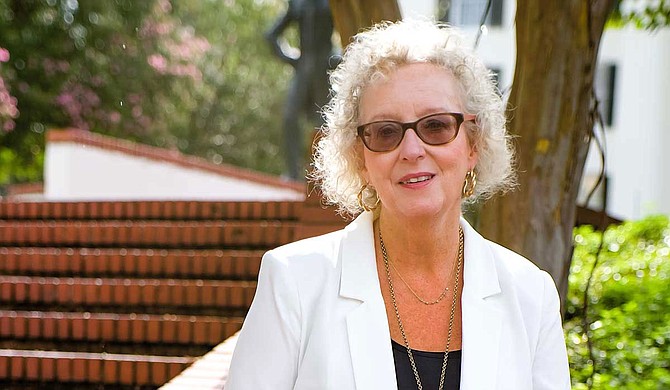 Ward 7 Councilwoman Virgi Lindsay says she has been working on the Belhaven creek project for one decade to address flooding issues in the area. File Photo by Delreco Harris

Flooding woes for the people of the Belhaven community may soon be over. On Tuesday, the Jackson City council approved a $2.6-million contract award to Copeland and Johns Inc. for Belhaven creek drainage improvement with funds from the recently obtained $35 million infrastructure bond.

The project aims to reduce flooding by widening the channel to improve capacity and flow, Interim Public Works Director Charles Williams said in a document presented to the council.

Ward 7 Councilwoman Virgi Lindsay, who represents and lives in Belhaven, said flooding from the creek had inconvenienced them for many years.

"I have been personally working on this for over 10 years now, right alongside Dr. Williams," she said. "While this flooding was not of the city's making, it has been absolutely horrible for people who are living in houses that were built in 1926, that started flooding horribly a little over 10 years ago."

Ward 1 Councilman Ashby Foote brought attention to the pervasive flooding across the city.

"I just want the minutes to reflect drainage and flash flooding is one of the critical issues confronting the city of Jackson and the quality of life for the residents of Jackson," he said. "This is a good step forward for Belhaven Creek."

Foote said the University of Mississippi Medical Center should build up water-retention structures as laid out in its master plan to help alleviate flooding in Jackson.

“I also want to mention that there is a certain responsibility that UMMC has," he said. "They got their master plan—retention ponds—that they never built, and I think they can also be a big assistance to the situation with Belhaven residents."

"They (should) step up and participate by building retention ponds over there by Bailey Middle School," he added. "(They) need to be held accountable just like everybody else in government across the state of Mississippi."

Mayor Chokwe A. Lumumba noted that south Jackson has a similar problem.

"Speaking of development that took place in south Jackson recently, I was informed of some of the historic development plans that have not proceeded and the flooding that it is causing," he said. "So we said that we are going to check on that with (the) legal (department) and with our planning and development team to see how we can work on a strategy to mitigate that and what we can hold people accountable for."

Rise In Homicides Cause For Concern

As the number of homicides in Jackson this year at—88—has already surpassed 83 homicides last year, Ward 5 Councilman Charles H. Tillman called for a rejection of violence at the meeting.

He closed the meeting in honor of Elroy Rankin, 61, who lost his life to violence at the corner of Rose Street and Grand Avenue earlier in the month.

"I will like to make a plea with the citizens of Jackson: there've been 88 killings this year to date," he said. "That traumatizes a lot of people, a lot of families, brothers, sisters, mothers, dads, church members, neighbors. We are better than that."

"Let's show some real true Godly love with one another," he added. "A lot of people feel unsafe in the city now because of these nonsense killings. Let's all that are living today take a personal responsibility to save lives and not take life."

The mayor followed up on Tillman’s plea.

"In terms of the issue of violence, I too want to employ all our residents to (not use) permanent means to resolve conflict," he said. "We don't want to take a permanent solution to temporary problems.”

"Citizens have until September 30 to complete (it) online," he said. "Even though census takers have gone out, the current percentage is that Hinds County is at 61% response rate, Jackson is at 57.8% response rate. So we have to improve."

He emphasized the fact that the census number is tied to resources coming into the city and explained how to identify the census workers to combat impersonation.