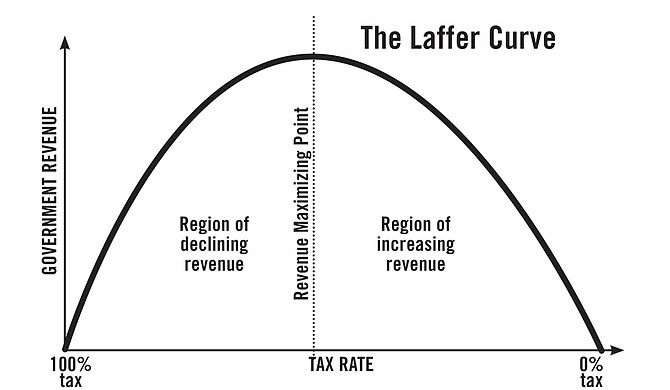 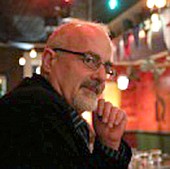 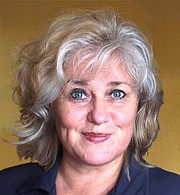 Mississippi's economy is sinking. We are among the worst in about everything, and we are dependent on money from taxpayers in other states. And this was before coronavirus. Gov. Tate Reeves is, of course, responsible for the crisis by obediently following the economic dogmas of Arthur Laffer—magical thinking repeatedly proven wrong.

In 2013 a Chicago meeting seeded what is happening in Mississippi right now. ALEC—the American Legislative Exchange Council, which Jackson Free Press has reported on—arranged the gathering. Laffer is ALEC's premier economist and his ideas help shape the ALEC "bill mill" of pre-written legislation submitted to lawmakers in Mississippi and other states.

Then-Lt. Gov. Tate Reeves spoke, assuring the ALEC crowd that Mississippi was doing everything ALEC wanted. Business taxes were being reduced, and "with every bill that crosses my desk ... I ask: does this benefit the private sector?" Reeves said. He assured ALEC that his attention lay with helping private companies. "It's working," he said to end his speech.

Arthur Laffer also spoke. He is one of the most important brains behind Republican economic policies. His "Laffer Curve" supposedly proves that taxes need to be very low—and it doesn't have bad consequences. The curve supposedly proves that if you pay "too little" in tax, the government will have less money to use for roads, schools, military and so on. And who could argue?

Then Laffer claims that if you pay higher taxes, the same thing will happen— more taxes will lead to less money for the government to use. That math is certainly arguable. But there is a middle point on the curve that is "just right," Laffer promises.

That level is, of course, very low taxes.

The curve is made to look scientific and factual. But is it? Well, it was the curve Ronald Reagan eagerly adopted as proof that his tax cuts would pay for themselves. And it has been the basis for GOP economic politics ever since. George W. Bush and now Donald Trump embrace the faulty logic. In every case, the government had to borrow trillions to cover the losses.

But what facts prove Laffer right? Reason, a libertarian magazine, asked him exactly that in 1981. His answer: nothing really. No research, no facts. "[I]'s a pedagogic device that allows one to explain the point to a congressman or senator very quickly and get them to understand the point," he said.

The curve has no standing among economists, and most avoid referring to it. But it's not just economists dismissing the dogma; it has been tested over and over, most recently in Kansas where it led to severe cuts in schools and public services.

Now it is Mississippi's turn. In eight years we sank from 36th to 44th in economic performance, according to ALEC's own metrics in their annual "Rich States, Poor States ALEC-LAFFER State Economic Competitiveness Index." Most other indexes have us at or near rock bottom.

In 2013 in Chicago, Laffer put Mississippi in the 10th spot on his ALEC-Laffer State Economic Outlook Rankings—his tool to rank a state's future progress. That 10th place did not contain any real numbers, but he was sure we would do fine because we were implementing his policies.

A couple of years later, Mississippi cut taxes more and continued to refuse to expand Medicaid. The state's situation forced Laffer in 2016 to lower Mississippi's ranking. His dogmas had failed, but he was undeterred. Then, he said Mississippi was No. 17 in economic outlook. "Don't worry, be happy" was his take, because "Mississippi is on track to continue their upward trend."

The reality is that in 2019, Mississippi was the last of the 50 states in health care with many local hospitals disappearing, due a refusal to expand Medicaid combined with tax cuts that would supposedly pay for themselves. Then came the pandemic. U.S. News & World Report says we are now No. 46 in education, No. 45 in infrastructure, and No. 48 in economic health. The theories of ALEC, Laffer, Reagan, Bush and Reeves have yet again failed.

Taxes are fairly low in Mississippi, until you add in "hidden taxes"—costs you pay in lieu of taxes, like health care or pricey car tags. Existing taxes usually fall unfairly on people with low income, since big corporations and rich people with clever accountants can find ways of paying very low taxes or none at all. The top 1%, the super-rich, are responsible for 70% of unpaid taxes.

But it is even worse. U.S. Rep. Josh Gottheimer, D-N.J., called Mississippi a "moocher state." To understand how wrong Laffer's numbers are, you must know that Mississippi gets more federal money than any other state. For every dollar Mississippians pay to the IRS, the federal government sends $2 back to Mississippi. It's fair to say taxpayers outside Mississippi pay for the low taxes of rich Mississippians.

So how much longer can Mississippi afford Arthur Laffer and his curve? How long can we afford Tate Reeves and his devotion to a failed economic theory?

Pia Moorhead Toernberg is an investigative journalist and taught journalism at Stockholm University in Sweden. Kent Moorhead is a documentary filmmaker from Mississippi and has also taught documentary filmmaking. Moorhead and Toernberg have produced several films together, including "The Most Segregated Hour," which won Best Documentary at the 2005 Crossroads Film Festival in Jackson. They live in Stockholm, Sweden, and also have a residence in Oxford, Mississippi.