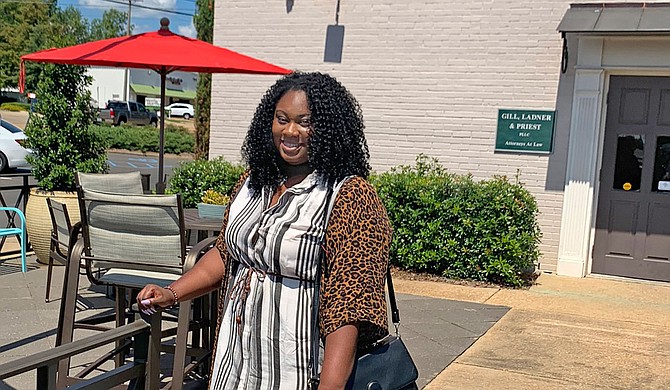 Jamie Shines' friends call her the "queen of the off-guard," for her love of taking spontaneous pictures of them when they least expect it. "I take the best off-guards ever," she emphatically claims.

The 23-year-old developed an interest in photography a year-and-a-half ago, and she has since started her own photography company, Jay L Photography.

Born and raised in Jackson, Shines graduated from Northwest Rankin High School, where she played clarinet in the marching band and sang in the school's choir. Since graduating in 2015, she presently attends Tougaloo College, where she expects to finish her bachelor's degree in mass communication in 2021 with a minor in music. Her mother, Arna Shines, works as an English professor at the school.

Outside of photography, Shines boasts a passion for music that traces back to her youth.

"My mother is a singer-songwriter, and she got me into music at a very young age," she says. "I love gospel music—anything gospel, I'm there. I really like classical music (as well), especially from the baroque period, but I am (primarily) a gospel person."

Shines sings in several choirs and ensembles at Tougaloo and regularly performs at her church, the New Life Church of God in Christ in Jackson, as well as with the mass choir, Mississippi Southern First Jurisdictional Choir. In addition to the clarinet, she plays the cello, drums and piano.

A few weeks after she started learning piano, the church's musician moved away. Her father, E.J. Shines, who serves as New Life's pastor, encouraged her to play for the church, "and I've been playing for them ever since," she says.

In her spare time outside of her studies, photography and working at Sal and Mookie's, Shines likes to hang out at Van's Comics, Cards and Games in Ridgeland. As a fan of anime, video games and other hobbies that the shop caters to, she finds herself at the store quite often, even playing Dungeons and Dragons there with a group of friends on most Sundays.

Upon finishing her undergraduate career, Shines plans to pursue a master's degree in music. Afterward, though, she wants to return to the city she calls home. Presently, she aspires to start a career as a music teacher, professional photographer and freelance writer.