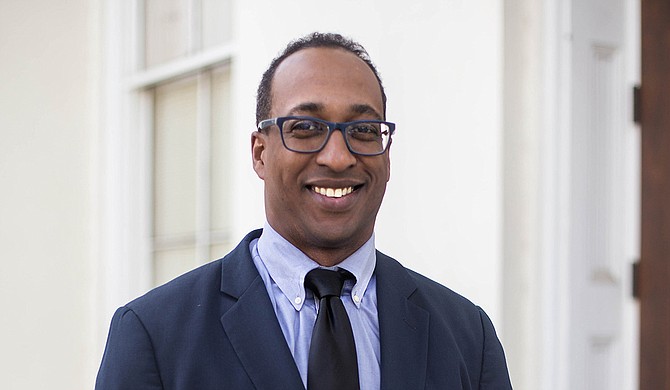 After Melvin V. Priester, Jr resigned as Ward 2 councilman Monday, the City has slated a special election to fill the seat on Nov. 17 with a possible runoff on Dec. 8.

In a special meeting Tuesday, the Jackson City Council praised Priester, who said in a Facebook post that he is leaving to prioritize work at his law firm, for his devotion and contribution over his seven years on the council.

Director of Communications Makani Themba said in a statement that interested candidates can pick up qualifying application packets from the Department of Municipal Clerk at 219 S. President Street from Oct. 12 to Oct. 28. Those who have not registered to vote and plan to vote in the election can do so at the municipal clerk department from Oct. 12 to Oct. 17.

WAPT's Angela Williams reported Wednesday that former Hinds County Sheriff Tyrone Lewis has said he is running for the position. He served one term as sheriff.

Hinds County Board of Supervisors appointed Renee Shakespeare Monday as Ward 3 election commissioner after the passing of Wayne McDaniels on Sept. 30.

Board Vice President and District 3 Supervisor Credell Calhoun said the replacement is necessary because of the nearness of House District 66 Oct. 13 runoff election and the Nov. 3 general election.

"Earlier on, Election Commissioner McDaniels talked to me about the possibility that he will retire in January because of his illness," Calhoun said, "At the same time, I started thinking about people we could put in his stead."

Calhoun said that McDaniels’ sudden death made it necessary to immediately appoint somebody with the required experience level to fit the role. Shakespeare served as Ward 3 election commissioner from March 2019 to November 2019, when McDaniels defeated her in the election.

"Shakespeare has served as election commissioner before, and she did an excellent job. Some of the people that she worked with are still on the board, and they respect her so very much," the district 3 supervisor said.

District 2 Supervisor David Archie described McDaniels, Jackson’s National Association for the Advancement of Colored People president since 2010, as a civil-rights activist at the forefront of social-justice issues.

Shakespeare said she appreciates being in that position a second time, but expressed sadness at the circumstance surrounding it.

Lumumba also said that the City of Jackson has received the official exhibit license from the United States Department of Agriculture and that the weekend-only opening of the zoo has been a well-received.

"We are very proud of this accomplishment," he said at the press conference Monday. "The city of Jackson has crossed that hurdle. … We have been open for a few weeks now on the weekend, and we have been seeing great attendance at the zoo," he added.

Ward 5 Councilman Charles H. Tillman praised everyone involved in the effort to improve the zoo. "I want to thank the community surrounding the zoo; they have volunteered some weekends to go out and help clean up," he said.

Lumumba said that on some occasions, the number of people seeking to come to the zoo was more than the limit the City has set because of COVID-19, so they are turned back.