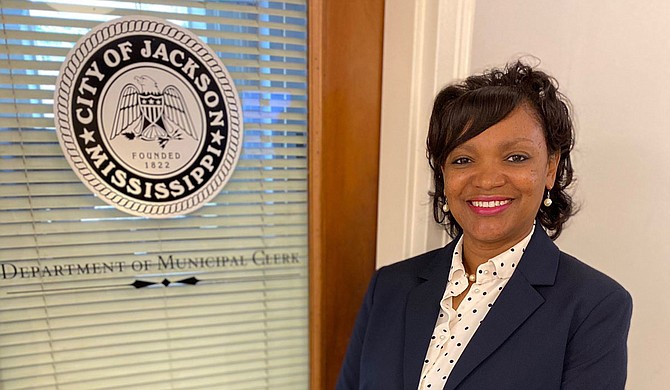 The City of Jackson will rent 25 jail beds in Yazoo County and another 12 in Holmes County to house people arrested for misdemeanors.

The Jackson City Council approved the contracts Tuesday, after it approved $500,000 in September to look for jail space to rent for low-level offenses. Both contracts are for one year from the date of execution by all parties.

The Hinds County Detention Center is under a consent decree, hindering its ability to house those charged with misdemeanors.

"On or about September 22, 1994, the Jackson City Jail was consolidated with the Hinds County Detention center by virtue of an amended Interlocal Cooperation Agreement between the City of Jackson, Mississippi, and Hinds County, Mississippi," they said. "The Hinds County Detention Center remains the subject of federal consent decree, due, in part, to chronic overcrowding. Consequently, said detention center has been unable to house the vast majority of the Jackson Police Department arrestees, in particular misdemeanors."

A major reason for the overcrowding is that pre-trial detainees are often held months or even years before going to trial.

Urban Peace Institute Senior Consultant on Conflict and Violence Ron Noblet, however, said in an interview with the Jackson Free Press last month that jail renting for misdemeanors is a waste of resources. The move comes in a time when many cities in the United States are rolling back detention for misdemeanors.

Four new election commissioners will be in place in time for the Nov. 17 special election to fill the Ward 2 Jackson City Council seat, which Melvin V. Priester Jr. is vacating. The attorney resigned from the seat recently.

Mayor Chokwe A. Lumumba appointed and the council confirmed the new commission members Tuesday. They will serve the remainder of the four-year term ending June 30, 2021, of those who have passed away or resigned from the position.

"They set up and order ballots for the election," Harris said. "They prepare ballot boxes according to the guideline."

"They make sure each precinct has all of the necessary supplies," she added. "They visit the precincts to carry extra supplies if they run out. They are ready to assist all day on Election Day. They accept and reject (the) affidavit ballot."

Efforts to rectify some of Jackson’s sewer problems advanced Tuesday after the city council ratified emergency-repairs contracts in Wards 3, 5, and 7 with Hemphill Construction Company Inc. for $127,284, $127,290 and $170,086.96, respectively.

The three repair orders referenced Livingston Road in Ward 3, Robinson Road in Ward 5, and West Porter Street in Ward 7 and indicated that portions of the sewer main have collapsed on those roads, endangering the populace's health because raw sewage discharges to local streams and ditches.

Council President and Ward 5 Councilman Aaron Banks and Ward 3 Councilman Kenneth I. Stokes, however, objected to the emergency projects by voting “no” on the items, which all passed 3-2. They cited concerns about Hemphill Constructions Inc., a long-time contractor in Jackson.

Banks alleged that the company does not engage with the community. "I think, basically, we can do better with local capacity and with (contractors) in Jackson," he said. "Hemphill does nothing in the city of Jackson."

"There are contractors that will be willing to do things with our local high schools and things within our local community, and I am just not for emergency contracts going straight across the river to build their community, and not doing anything in Jackson," the councilman complained.

Hemphill’s office is in Florence in Rankin County.

"As much work as Hemphill gets from us, they should be in the city of Jackson. Hemphill is doing Rankin County real good," Banks added.

The mayor defended Hemphill's choice, saying that he has been urging Jackson-based companies to step up.

"First and foremost, we have to do all of these contracts by the legal requirement," he said. "The presence of one contractor or another does not suggest admiration or concern necessarily for one contractor over the next."

"I do share concern over having an ability to get more bite of the apple from every contractor across the city and spread the pie," he added. "One of the things that I have discussed with few contractors across the city is working so they better understand how to get in the bidding process and even working from the administration's side to see which barrier may unintentionally be there."

The Jackson Police Department may soon receive a $500,000 grant from the Mississippi Department of Public Safety and the Mississippi Office of Highway Safety Grant and Implementation Program after the city council authorized the mayor to apply for and receive the grant.

Police Chief James Davis said in a memo to the mayor that "[f]unds through this award will be used to assist the City of Jackson Police Department with Community Policing Concept, overtime to increase arrest in Occupant Protection, Seatbelts, DUIs, Child Restraint, and Click It or Ticket for Police Officer."