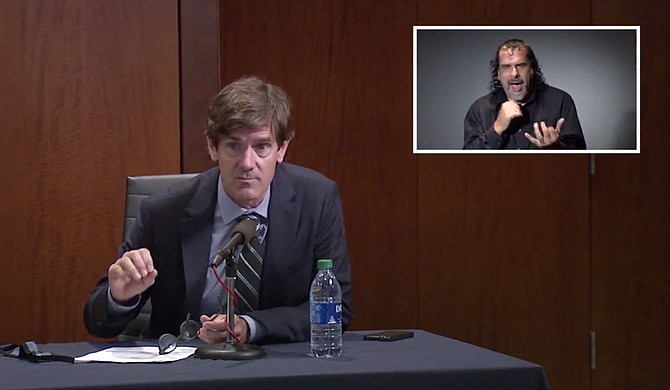 State Health Officer Dr. Thomas Dobbs is sounding the alarm, warning that mask usage is declining in Mississippi immediately after the governor lifted the statewide mask requirement. “Listen to the secret of Sweden’s COVID response,” Dobbs tweeted on Sunday, Oct. 4. “Near universal, voluntary compliance with public health guidance. Please mask up. Discouraging to see mask use dropping off so rapidly after mandate lifted.”

Sweden’s early response to the virus was a distinct failure, as health leadership denied the nation the lockdowns that was protecting population health in neighboring Denmark and Norway. Sweden’s per-capita death toll at the peak of the crisis was six to 12 times greater than other Scandinavian nations with little evidence of comparative economic success.

Now, however, widespread adoption of strict distancing measures, as well as acceptance of regional mask mandates, travel restrictions and school closures, has mostly contained the outbreak in that country.

Gov. Tate Reeves’s revised executive order, issued on Wednesday, Sep. 30, ended the statewide mask mandate while maintaining limited social-distancing guidelines. “I still believe that masks work,” Reeves said after announcing the end of the mandate. “I still plan to wear one, and I expect that most people in our state will.”

But the governor appears to be hedging on the good judgment of Mississippians, rather than the mandate that has assisted in ending the state’s second spike. Masks are still required in schools and in businesses with close contact to customers, such as salons.

Many municipalities across the state, including Jackson, remain under mask mandates still in effect after the end of the statewide order. But areas in Mississippi without mask ordinances are on track for Election Day polling places with long lines and close contact between voters without masks, the only measure known to protect against droplet and aerosol transmission in such situations.

Last Friday, Secretary of State Michael Watson spoke to a limited press pool about upcoming elections, stressing his opinion that mask mandates at polling places would be unconstitutional. He listed the many sanitization efforts that would prevent contact transmission while voting.

But the University of Mississippi Medical Center’s Dr. Bhagyashri Navalkele warned in a Monday interview with the Jackson Free Press that “If you’re (COVID-19 positive and) standing within six feet of someone and you don’t have a mask on, you can easily spread it to others,” regardless of how much physical cleaning is employed in the venue.

Today’s coronavirus update from the Mississippi State Department of Health is delayed, but last week’s data, ending Sunday, showed 3,654 new cases of COVID-19 for a seven-day rolling average of 522. Ninety-six Mississippians lost their lives as a result of complications from COVID-19 last week. The state’s average cases are on a slow but steady uptick from daily lows dropping to nearly 400.

Meanwhile, MSDH data for Sept. 21-25 show 164 new infections among teachers and staff, with 295 new student infections. These constitute 20 new outbreaks and have resulted in 5,049 quarantines—448 staff and 4,601 students. Newer school data from the end of September are not yet available from MSDH.