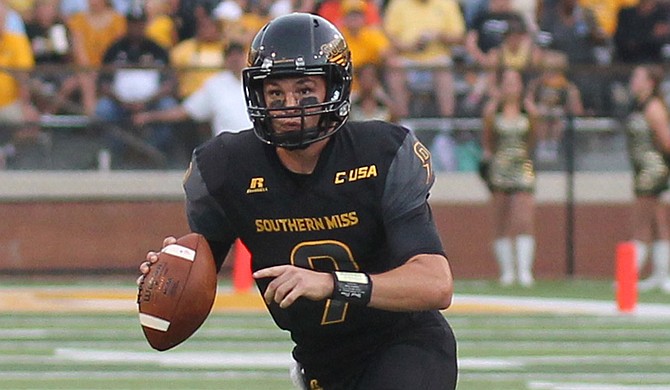 Backup quarterbacks in the NFL typically have few times to shine, as most starters play the whole game, unless injured, whether the game is close or a blowout one way or the other.

Former University of Southern Mississippi quarterback Nick Mullens, though, got his chance in the limelight against the New York Giants this past Sunday. The former USM star didn’t disappoint in his first start for the San Francisco 49ers since Dec. 30, 2018.

Mullens completed 25 of his 36 pass attempts for 343 yards with one touchdown and zero interceptions. He also touched 49er royalty when he tied a streak by legendary San Francisco quarterback Joe Montana of a ninth straight start with 220-or-more passing yards.

The start for Mullens came when starting quarterback Jimmy Garoppolo injured his ankle against the New York Jets. The former MSU star played against the Jets as he completed eight of his 11 passes for 71 yards with no touchdowns and an interception as the 49ers won 36-9.

While there is no word on whether Mullens will get a second start or Garoppolo will return this week, if Mullens does get a chance to play, he could put up valuable numbers for this offseason.

The Hoover, Ala., native is set to become a restricted free agent after the season ends. That could turn into another team signing the former Golden Eagle star or a larger contract from the 49ers.

Mullens went undrafted in the 2017 NFL Draft and signed with the 49ers as an undrafted free agent. He would spend the season seeing no action on the field and spent time on the practice squad.

In 2018, Mullens finally made the active roster coming off the practice squad. Once again, it was an injury to Garoppolo that opened the door for Mullens. He would first have to play a backup role.

The 49ers turned to quarterback C.J. Beathard when Garoppolo first became injured. Then Beathard was injured and Mullens became the starter for San Francisco.

The former USM quarterback’s first NFL game arguably could not have gone better. He went 16 for 12 for 262 yards with three touchdowns and no interceptions. The 49ers waxed the then Oakland Raiders 34-3.

Mullens would go on to play in seven more games for the 49ers during the 2018 season. He finished the year with a 3-5 record as he passed for 2,277 yards as he completed 176 of 274 passing attempts with 13 touchdowns and 10 interceptions.

Garoppolo would stay healthy during the 2019 season as he helped lead San Francisco to the Super Bowl but lose to the Kansas City Chiefs. Mullens played in just one game in 2019 but didn’t collect any stats.

Mullens could get the start against the Philadelphia Eagles this week and get to continue his time in the spotlight. Either way, teams will want to inquire about his services after the 2020 season is done.