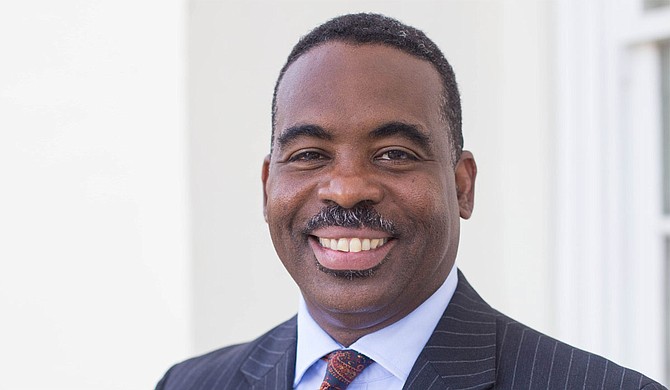 Some parts of Jackson have seen COVID-19 infection rates increase 117% in the past three months, Chief Administrative Officer Robert Blaine told the Jackson City Council last week as cases continue to rise across the state.

Blaine said that after a period of stable infection rates in the city, the past six weeks have been different. "We are bracing ourselves for what looks like is going to be one of the sharpest inclines that we've seen, yet," he said. "We are asking all of our residents to remain vigilant, to continue to wear masks, to continue to social distance."

He said it is crucial for the people to embrace those measures during the holiday season. "They need to be able to make sure that they maintain their (household) bubble because what we're seeing is exponential rise inside the city limits of Jackson,” he said.

"Somewhere down the line, someone's got to start respecting this virus as a killer," he said. "We all know somebody who is dying or has died or has this virus,” he said.

"So for people just gathering at these locations, we are going to have to have our police department tell them to move on, go somewhere else, you can't just sit here and gather especially at these stores," he added. "We ought to hold these store owners responsible, that you've got to keep your lot clean, keep people from gathering at your store.

"Somebody's got to have some responsibility to make sure that people don't just sit there, gather and pass this disease to other innocent people,” Stokes said.

Clear The Creeks To Prevent Flooding

"We (are going) into January next year, and there's still a marginal degree of work done to stop the problem that happened last year from happening again," he said. "It's going to be a very bad situation from the view of the citizens to the city."

"We've got a few good weather days left to get some things done," Stamps added. "It's not just a one-creek issue; our entire system needs to be addressed because if you just address the little section on Lynch Street when it crosses over to Robinson Road, and you don't address that side, it causes you more problems downstream.”

The council renewed a state of emergency order for 11 creeks last week.

"The Jackson council, in the February 18, 2020 Order, found that flood waters and widespread drainage system issues had affected several Jackson creeks including but not limited to: Belhaven Creek, Bogue Chitto Creek, Cany Creek, Eubanks Creek, Hanging Moss Creek, Lynch Creek, Purple Creek, Three Mile Creek, Town Creek, Travon Creek, and White Oak creek," the order said. "The Jackson city council in the city council order found that all efforts should be taken to protect people and property in consideration of the health, safety, and welfare of the city's residents and the protection of their property within the affected areas."

"We wrote this order because the system is in an emergency situation. We wrote this, trying to get some assistance and attention on the system as a whole," Stamps said.

Public Works Director Charles Williams reported work done on the part of Lynch Creek. "We have just completed the cleaning of Lynch Creek, from St. Charles all the way up to Ellis," he said.