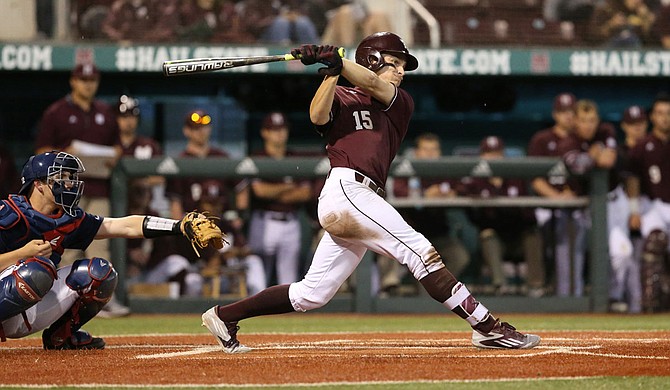 The sports world is slowly starting to come back since the novel coronavirus put most sporting functions on hold. NASCAR is racing again without stands full of fans. Golf is returning without fans following their favorite golfer from hole to hole.

Players are waiting in the NBA to figure out when or if the season will start back. MLB did not even get to start the season as COVID-19 stopped the sport in the midst of spring training.

The Major League Baseball Players Association and the owners are working toward an agreement in favor of playing again. There is talk of expanded rosters and a shortened season, but no agreement has yet been reached.

While the MLBPA and owners try to figure out what kind of season there is going to be for 2020, a whole group of players are left in limbo. Players at the minor-league level are still waiting to see if they are going to even have a season.

Former Mississippi State University star Jake Mangum is one of those players waiting to learn whether he is going to get to play baseball in 2020. The New York Yankees first drafted Mangum in the 30th round of the 2017 MLB Draft, but he chose to return to school.

The New York Mets selected him in the 32nd round of the 2018 MLB Draft, but he once again decided to return to school. During the 2019 MLB Draft, the Mets drafted Mangum in the 4th round as he completed his senior season.

The Pearl, Miss., native went to the Brooklyn Cyclones of the New York-Penn League, a Class A Short Season for players coming out of the MLB Draft, to sign and begin playing professional baseball right away.

Mangum finished fourth all-time in NCAA history with 383 hits. He owns the record for MSU and the SEC for most hits all-time. Mangum is one of best players in MSU history and put his name all over the school record book.

Now, he waits like the rest of the players in minor league baseball. The 2020 season could be lost for minor-league players and it would put Mangum’s career behind. The loss of at-bats and playing a full season won’t help any players that won’t get to play this season.

As sports reopen, there are thousands of minor-league players who could end up hurt if fans can’t return to games. Finiscally it wouldn’t make sense for minor league teams to play without fans.

That would hurt Mangum and the rest of the players in minor-league baseball.