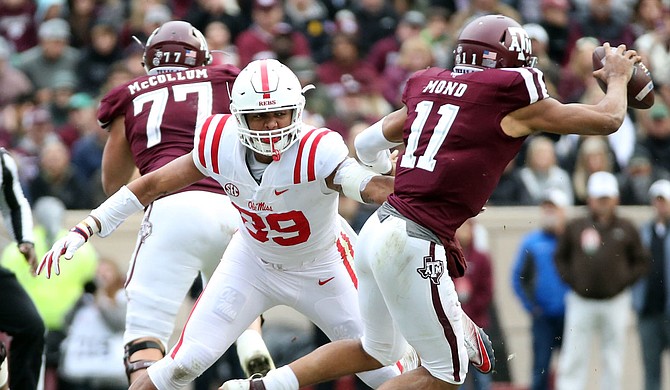 In the wake of the death of Goerge Floyd, athletes from professional and college sports have begun to speak out about police brutality. As people around the country have protested and called for changes in policing, on Saturday, June 6, several cities in Mississippi held gatherings.

In Oxford, football players took part in a unity walk at the University of Mississippi. The walk started at the track and ended at the football practice fields. After the walk, senior defensive end Ryder Anderson was one of the speakers to address those in attendance.

Anderson spoke about police brutality, racism and systemic oppression in Mississippi and Oxford. If the college football season is played, a leader like Anderson will be needed as UM begins a new era with new head football coach Lane Kiffin.

The Katy, Texas, native’s injury might have ended what could have been a breakout season. The defensive end was coming off a strong sophomore season.

As a sophomore in 2018, Anderson saw action in all 12 games and with two starts. His first career start came against Vanderbilt. He collected 33 total tackles, 9 solo tackles, one forced fumble and one sack.

Anderson was used mostly as a backup for his freshman season of 2017 as he played in 10 games. He made just nine total tackles, three solo tackles and 1.5 sacks. Against the University of Tennessee at Martin, he blocked a punt.

From an athletic family, Anderson is the nephew of former Alabma and former NFL defensive lineman Mark Andreson. He is the younger brother of former University of Oklahoma and current Cincinnati Bengal Rodney Anderson.