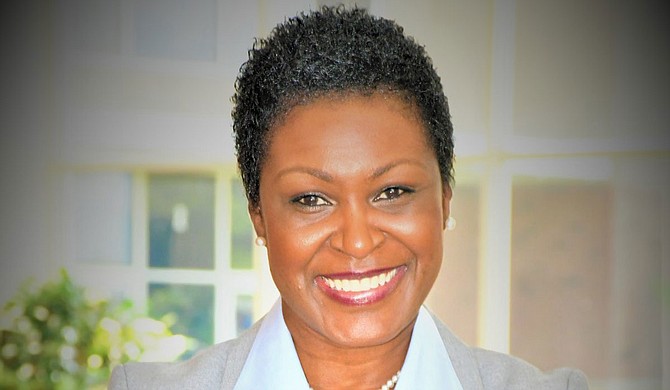 Latoya Cutts said she will work with the Jackson Redevelopment Board to improve the city. Photo courtesy Latoya Cutts

Latoya Cutts is the new executive director of Jackson Redevelopment Authority. She was the downtown manager and head of development for Albany, Ga., before her new appointment, which Mayor Chokwe A. Lumumba announced yesterday.

"We are excited to have the talents, the gifts and the abilities of Latoya Cutts joining us here from Georgia," Lumumba said at the press conference where he introduced her to the public. "I found myself very impressed not only with her background, but her explanation and her vision for how she will lead the development authority."

He expressed excitement over the city's growth and prospects.

"For two consecutive years, the city of Jackson has experienced 3 percent growth. The city has seen for the first time in 18 years property evaluation go up," he said. "When there was a global decision by (Standard and Poor's, a credit rating agency) to downgrade municipalities across the world, the city of Jackson received a stable rating and (even) a favorable outlook for where we are going. So there are some building blocks, there is a foundation being established, now we need to make certain that we bring the city that we all deserve to fruition."

JRA Vice Chairman Alex Lawson explained that lacking an executive director had been severely limiting for the 52-year-old body, which doubles as the city's urban-renewal driver and parking authority.

Hinds County Director of Emergency Services Ricky Moore yesterday announced his resignation at the board of supervisors' meeting.

He said he started work at the City of Jackson’s sanitation department 45 years ago before joining Hinds county and believes it is time to retire to take care of his 88-year-father.

"I take pride in everything that I have done in the city of Jackson, (in) Hinds County. It has been a great experience for me," he said. "This has been my home for 65 years and will continue to be my home until I go home."

Moore did not specify when his last day in office will be, but cited Oct. 31 as the latest possible date.

"I do have some issues at home with my Dad (who is) 88 years old. I just can't leave him anymore," he said. "Something came up this weekend that I have to take care of, so that's going to be my full-time job now; it's going to be 'son.' He took care of me for 65 years; it's my time to return the favor."

District 1 Supervisor and Board President Robert Graham led other members to praise Moore for his service.

"So walking out the door with you is going to be a lot of experience that can't be replaced. You have done one of the best jobs that can be done for the people and the citizens of Hinds County, and I, for one, is going to make sure that people know who you are and what you mean to this county. Thank you for your service."

Moore said he is willing to support his replacement. "I will be there to help them," he said.

His notice of resignation comes days after Jackson's former director of public works, Bob Miller, declared his resignation via a Facebook post on July 15. In his statement the next day, Mayor Lumumba hinted that it was because of health reasons.