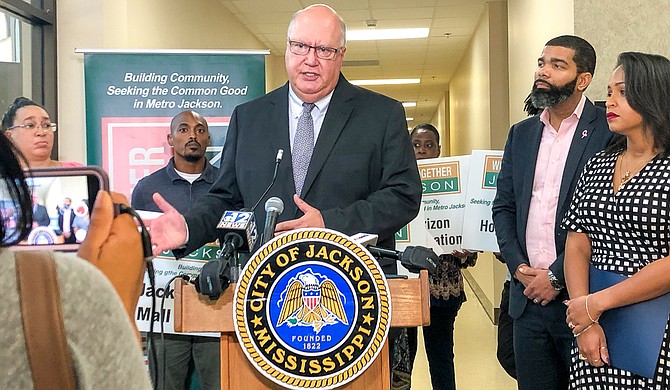 "It was a privilege to serve Mayor Lumumba and you through these challenging times," Miller wrote in a statement he titled, “It's time to go home.”

"We are grateful for your prayers and words of encouragement that lifted and carried us,” he added.

Miller expressed optimism about the direction of public works in the city of Jackson, mentioning the work plans he had provided.

In a statement today, Mayor Chokwe A. Lumumba announced City Engineer Charles Williams as the interim public-works director pending the appointment of a permanent replacement.

He also praised Miller for his commitment.

"After a brief period on medical leave, we are sad to see our good friend and Public Works Director Bob Miller and his wife move back to Kentucky,” Lumumba said. "We are grateful for his service and dedication to the City of Jackson, and we are both supportive and prayerful concerning the next chapter of their lives."

Miller, who started his position in 2017 as the administration’s highest-paid city official, came to Jackson from New Orleans where he had served as deputy director of the Sewerage and Water Board, a position he held for eight years.

Before New Orleans, Miller worked for 26 years in Louisville, Ky., in water services. He was chief financial officer of the Louisville Water Company for 20 years. Both cities—Louisville and New Orleans—enjoyed an improved credit rating, which helped them borrow to help fund the sewer and waters systems.

Miller directed Public Works in Jackson during difficult times for the City’s infrastructure—from road conditions to massive water and sewer issues, complicated by the Siemens contract, which the City ended up settling a lawsuit over.

"He has worked very hard for the citizens of Jackson; we are all very appreciative of his service. He helped us improve relationships with very important stakeholders, ranging from local citizens and partners in state and federal levels" Ward 2 Councilman Melvin V. Priester Jr. told the Jackson Free Press today in reaction to Miller's resignation. "I have always been appreciative of his willingness to meet with community members and help them address the issues that they face."