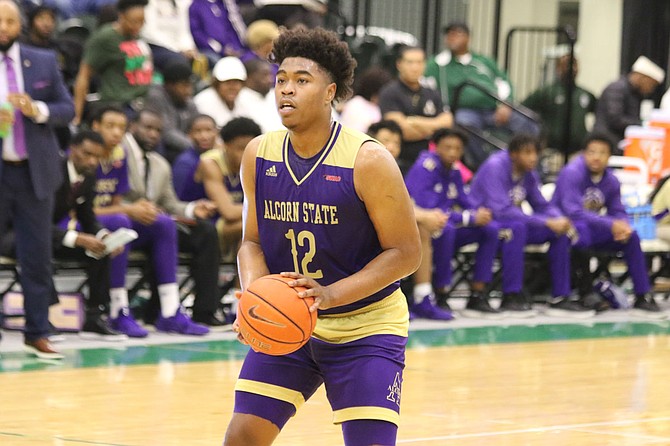 Andrews shot the ball outstandingly well as he went 21-for-36 from the field, 13-for-21 from the three-point line, and 11-for-12 from the free-throw line. His recent play earned Andrews SWAC Player of the Week honors.

Andrews raised his shooting percentage from the field overall and from the three-point line. The free-throw line is where he made his biggest improvement, going from shooting 65.1 percent last season to 89.5 percent from the line this season.

Before playing at Alcorn State, Andrews played basketball at the University of South Carolina Salkehatchie, a junior college in South Carolina. He was named Region X player of the year for the 2017-2018 season, All-Region First-Team, and NJCAA Division I All-American Third-Team.

He averaged 16.8 points and 7.1 rebounds while at USC Salkehatchie. Andrews was named 3-4A Player of the Year at York Comprehensive High School. He was named All-Region and All-State in football and played in the North-South All-Star Game.

Alcorn State is currently 8-9 overall but 4-2 in SWAC play and sitting in third place in the conference. The Braves host Alabama A&M University on Saturday, Jan. 25 with tipoff at 5:30 p.m. Alcorn State plays at home on Monday, Jan. 27 against Alabama State University with tipoff at 7:30 p.m. ASU should be in the mix for a top seed in the conference tournament if Andrrews keeps up his outstanding play.