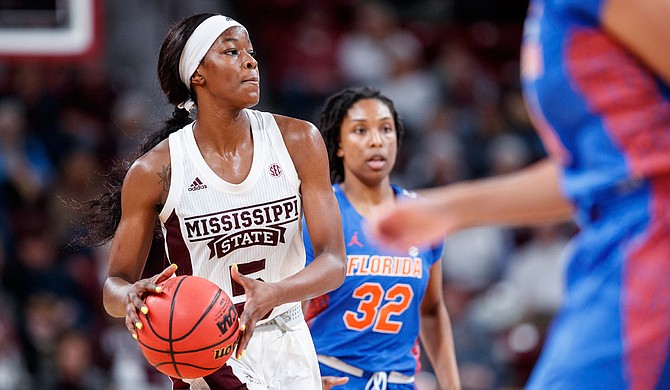 Mississippi State University women's basketball team may lose talent as its seniors graduate, but head coach Vic Schaefer has done a great job replacing that talent. One of his biggest recruiting coups was landing the first McDonald's All-American to sign with the Bulldogs out of high school.

Jackson finished her high school career as the all-time leading scorer in Detroit Edison Public School Academy history with 1,771 points. She averaged 22 points, 6.5 rebounds, 1.5 steals per game as a senior.

The Detroit, Mich., native, has dropped off by much in her freshman season with MSU. She is leading the team in scoring with 15 points per game.

Jackson is third on the team in rebounding with 4.8 per game. She has scored double-digit points in 21 of the games she has played.

The forward has played in 28 games and started 24 games. She has scored 15 or more points in 15 of the games she has played this season.

Jackson exploded for a career-high 34 points against Auburn University on Thursday, Feb. 20. She went 14-of-22 from the field to help the Bulldogs rally from 14 points down to win 92-85.

Her efforts against Auburn earned her SEC Freshman of the Week honors. She has won the honor three times this season.