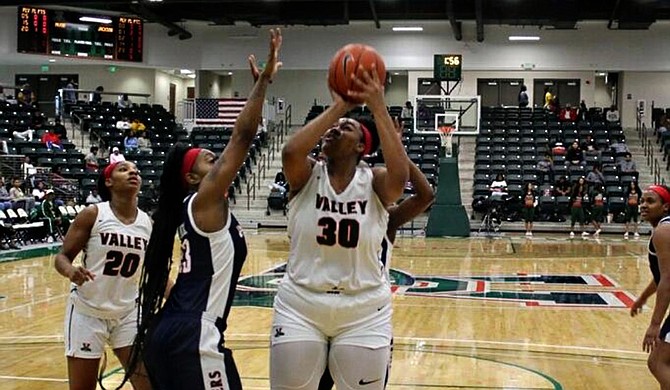 Mississippi Valley State University women's basketball team has had a tough season. The Delta Devils have won just two games this season and are looking for bright spots to build upon before the conference tournament.

Junior center Azaria Howard, one of this season's impressive players, earned Co-Southwestern Athletic Conference Player of the Week after her games against Jackson State University and Grambling State University.

The Richland, Miss., native scored a team high 15 points and five rebounds in a 61-90 loss to the Tigers. She shot 4-for-8 from the field and a perfect 7-for-7 from the free throw line.

Against Grambling State, Howard dropped 18 points as she again led the team in scoring with five rebounds. She shot 5-of-8 in just 20 minutes on the court and went 8-of-9 from the charity stripe. Her monster scoring game helped MVSU to a 68-57 victory for the second win of the season.

In the two games, Howard averaged 16.5 points and five rebounds as she shot 9-of-16 from the floor and 14-for-16 from the free throw line. The back-to-back double digit scoring games were just the fourth and fifth time Azaria had scored double-digits this season.

Howard's last double-digit game came against Southern University. She scored 10 points on 4-of-10 shooting and 2-for-2 from the free throw line. Mississippi Valley State dropped the game 54-84.