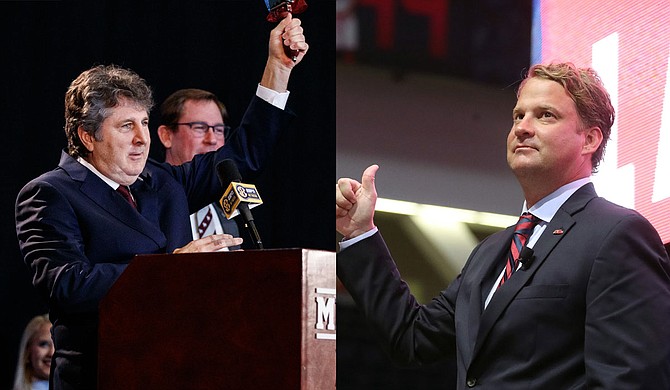 College football made it to the finish line of the regular season, albeit with postponed and canceled games.

Each conference played a different number of games, but that didn't keep some things from feeling like a normal season.

There were upsets, surprising outcomes, coaches fired and, as always, controversy. It's been a long, difficult and different season, but we have made it to the bowl season.

The NCAA waived the requirements for accepting a bowl bid due to the coronavirus, which means both Mississippi State University and the University of Mississippi are able to go bowling.

MSU plays the University of Tulsa in the Lockheed Martin Armed Forces Bowl on Thursday, Dec. 31. It's a great way for the Bulldogs to get extra work in after a coaching change last season that led to no spring practice.

It hasn’t been an easy season for the 3-7 Bulldogs with players opting out of the season and trying to find a quarterback to run Mike Leach’s pass happy offense. Turnovers and poor defense haven’t helped MSU either this season.

Tulsa was the second best team in the American Athletic Conference. The conference that is looking for respect after conference champion University of Cincinnati got left out of the playoff.

Both teams should be motivated to be in a bowl game. Tusla wants to prove it has the players to stay with an SEC team. MSU wants to end its season on a high note to set up year two under Leach.

MSU should win in a shootout but a Tulsa win wouldn’t be a surprise.

The Rebels play the University of Indiana on Saturday, Jan. 2 in the Outback Bowl. This is one of the more interesting matchups this bowl season.

Indiana is having one of its best football seasons in school history. The Hoosiers pushed Ohio State University to the limit in the regular season.

UM has one of the most exciting offenses in college football but doesn’t play defense on most drives. The Rebels score a ton of points and give up a ton of points. This game could break the scoreboard if both teams can keep pace.

New Rebels head coach Lane Kiffin might throw his clipboard in the air and go all out for his first bowl game with the school. Expect him to leave nothing on the table in the final game of the season.

Indiana is having a great season but the Rebels have too much offensive firepower. Expect both teams to score 40 points or more, but UM will get out with the win on a last minute drive to end the game.