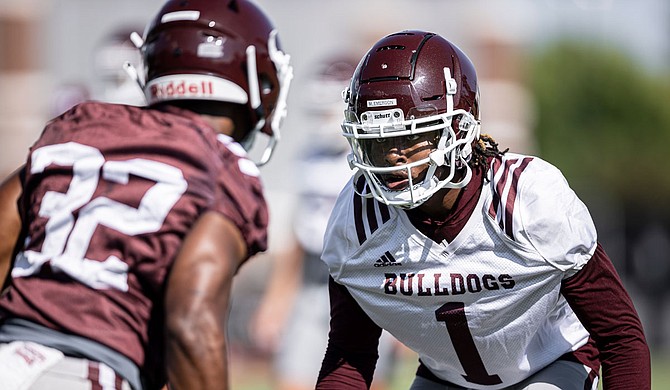 Going to a 10-game conference schedule eliminates four conference games. It also means that, being in the SEC West, both the Bulldogs and the Rebels would add two teams from the SEC East.

This is already set to be a tough season with COVID-19. But both the Bulldogs and Rebels start this season with first-year coaches who did not have typical spring practice or summer workouts.

MSU brings in Mike Leach and his high-powered offense, and UM brings in coaching savante Lane Kiffin. Both coaches know how to score points, but defense could be the make-or-break side of the ball for both these teams.

The Bulldogs start the season against defending national champions Louisiana State University. Hopefully the Tigers haven’t had time to gell after several key departures including the top pick in the 2020 draft Joe Barrow.

MSU then faces the University of Arkansas, Kentucky and Texas A&M University, and should be 2-2 at worst heading into their Oct. 24 bye week. Then the schedule gets really tough.

Interestingly, MSU does not face the Rebels in the Egg Bowl to end the 2020 season. The Bulldogs face UM in the penultimate game before finishing the season against Missouri. MSU most likely needs to win those two games for any chance of a bowl game, if there are any bowl games.

The schedule opener is not much kinder to the Rebels, who have to open with the University of Florida. The Gators are expected to be in contention for the East crown this season as Dan Mullen continues to build the program.

UM gets Kentucky after Florida in a winnable game but things get tough again as the Rebels face Alabama. The Rebels should be a solid 2-2 after playing Arkansas and the same record as the Bulldogs after four games.

Auburn awaits UM after the Arkansas game and will be another tough game. The Rebels face Vanderbilt before their bye week on Nov. 7 and should be 3-3 overall.

The final four games feature South Carolina, which could be a coin flip before the Rebels face Texas A&M. UM ends the season against MSU and LSU as they end the season with a 5-5 record like the Bulldogs.

While there is potential for both teams to finish 5-5, there are plenty of unknowns. Injuries, of course, play a major part, but the coronavirus could keep key players out or cause games to be moved or cancelled.

While several SEC coaches were upset with the two added conference games, neither the Bulldogs nor Rebels have much reason to be upset. UM got two winnable games against the Gamecocks and Wildcats. MSU does face Georgia, but they have a winnable game in the Commodores.

State and local guidelines will be used to determine if any fans can attend games. If fans are allowed to attend games, face covering will be required. Tickets will be digitally scanned, and water fountains in the stadiums will be shut off.

Tailgating wll be left up to schools if it will be allowed and the traditional walk through fans during the pregame is also left up to schools—all of this assuming there is a season, as sporting news has changed abruptly of late and may continue to do so.