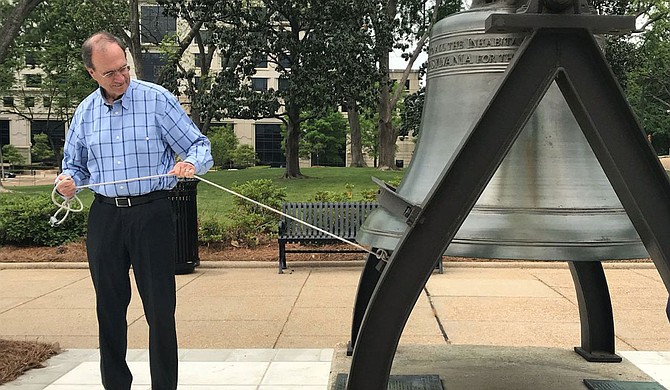 The Mississippi Legislature will reconvene on Monday, “if not sooner,” Senate Minority Leader Derrick Simmons, D-Greenville, told the Jackson Free Press today. The Legislature’s lightning-quick return comes weeks in advance of its anticipated date of May 18, and serves as a direct rebuke to Gov. Tate Reeves’ plans for managing the $1.25 billion in federal CARES Act funds intended to ameliorate the effects of COVID-19 on the state. Mississippi Today first reported the reasoning behind the early return yesterday.

Simmons told the Jackson Free Press that conversations across party lines preceded the decision to return. “I think it’s bipartisan that the $1.25 billion coming to the state of Mississippi should be managed by the Legislature. I don’t think the Legislature wants to give up its authority to appropriate funds,” he said.

In a Wednesday phone interview with the Jackson Free Press, Lt. Gov. Delbert Hosemann said that the Mississippi Constitution gives authority to the legislative branch to control how to spend the State’s funds.

“The Constitution says that the Legislature appropriates the money, it does a law, and the Executive branch, which I—rarely, I'm actually in both of them—the executive branch carries them out,” Hosemann said in the interview. In Mississippi, the lieutenant governor serves as the president of the Senate, traditionally a more powerful role than governor.

Mississippi political and policy experts say the Legislature’s push to retain control of the purse strings is expected. “The Legislature’s very jealous about money, who doles it out and where it goes. This is just an extension of that,” Marty Wiseman, director emeritus of the John C. Stennis Institute at Mississippi State University, told the Jackson Free Press in an interview today. “This is less about party loyalty and more about the Legislature wanting to enforce its will and certainly its ability to receive money, whether it’s regular tax money or money from the feds, and direct how it’s spent.”

Gov. Tate Reeves had declared Tuesday that “we have to be transparent” with Mississippi’s $1.25 billion in federal CARES Act money, while declining to provide specifics on how that transparency will work with his Restart Mississippi advisory board’s recommendations for spending those funds.

“We have to make sure the money gets in the right hands because there are always some people who want to take advantage of a crisis,” Reeves said at his daily COVID-19 press briefing.

Restart Mississippi, composed of numerous business leaders from across the state—and an executive committee of all white businessmen—will have no ability to directly spend relief funds, Reeves said, calling them some of the “best and brightest minds” in Mississippi.

Still, Reeves confirmed that the panel would not be subject to Mississippi’s Open Records Act, meaning his plan leaves room to delay or hide information at least for a time. “Those reports will be coming to me,” Reeves said of their findings and recommendations, “and we will certainly look, at the appropriate time, (at) making them available to all of our media folks.”

Hosemann told the Jackson Free Press that he believes the Restart task force will only give advice and make no decisions. “It is my understanding that the Restart group—and I know several of those people have been very successful—were going to be at the 30,000 foot level, (saying) ‘here's what the state ought to do in regard to this or that,’” Hosemann said.

That advice would then go before lawmakers for decisions, he said. “”Most of that would involve in some part a legislative incentive, issue, change or amendment, and that would come back to the Legislature in due course,” Hosemann said. “That's the way everything always works.”

That would mean that all of the recommendations, financial documents and other materials would be available for public review under the Open Records Act.

No Funds ‘Outside the Lines’

At his Tuesday press briefing, Reeves also detailed his decision to start a competitive bidding process for third-party oversight of Mississippi's share of CARES Act funding. Reeves cited his 2004-2012 tenure as state treasurer, recalling lessons learned after 2005’s Hurricane Katrina and 2008’s recession. The third-party team, he said, will be “making sure that the state never goes outside the lines and uses this money in an improper way.”

Reeves acknowledged former Gov. Haley Barbour who oversaw recovery after Hurricanes Katrina and Rita—although not without controversy. Barbour, a Republican former lobbyist, was sued for nearly $600 million in federal funds meant for low-income housing going to a Gulf Coast port project instead, for instance.

Barbour returned to his lobbyist position after he left the governor’s office.

Reeves said Tuesday that a third-party oversight group would provide the Restart effort with accountability. “That means that there'll be a third-party team with lots of experience, making sure that the state never goes outside the lines and uses this money in an improper way,” Reeves said Tuesday. “I saw that done in the state of Mississippi, in the immediate aftermath of Hurricane Katrina under Governor Barbour’s leadership and then again, later in his term. And I believe that the lessons learned are critical.”

The CARES Act allocates $150 billion in aid to all states collectively. But a chunk of that funding is reserved for municipalities with a population of 500,000 or above, which Mississippi does not have, Reeves explained. The result is that Mississippi only qualifies for the minimum for individual states: $1.25 billion.

"One of the top priorities has to be ensuring that the expenses that the State has incurred to pay for the response to COVID-19 gets paid for," Reeves said. "There are a number of eligible expenses that are allowable, and we will make sure that we stay within the confines of what the CARES Act allows."

Reeves is also working through the National Governors Association to request additional funding to shore up COVID-19 related state revenue losses, he said.

The governor explained that states or local municipalities may only use CARES Act funds for specific expenditures such as reimbursement for purchases of personal protection equipment, or additional law enforcement for enforcing social-distancing guidelines in public areas like beaches, where people may not gather in groups of 10 or more under his current order.

“There's no question that our local governmental entities, our hospitals, etcetera, have bought significantly more PPE over the last three months than they ever envisioned doing so,” Reeves said.

The governor is also looking to the Stafford Act to potentially reimburse 75% of these state expenditures, where Mississippi has historically distributed the cost of the remaining 25% between state and local governments.