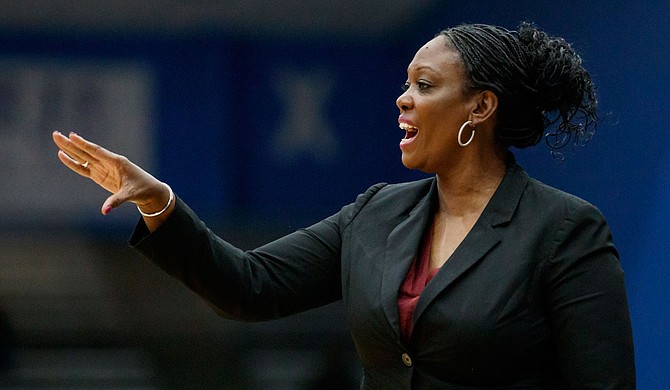 Since COVID-19 shut down sporting events, we have had a shortage of sports news. Sure, Tom Brady left New England, but other than not much has happened.

Schaefer has built a great program at Mississippi State and led the Bulldogs to back-to-back national title games. MSU needs to get the next head coaching hire right to continue to build on what coach Schaefer did for the program.

In fact, MSU could promote from within and come up with a highly qualified candidate. Current MSU associate head women’s basketball coach Johnnie Harris could be perfect to fill the position and keep building up the program.

The Women’s Basketball Coaches Association named Harris as the NCAA Division I Assistant Coach of the Year in 2018. She brings a strong background in recruiting and developing players.

Arriving with Schaefer in 2012, Harris helped build the MSU program into what it currently is as a budding national powerhouse. She helped develop players like Teaira McCowan, Anriel Howard, Chinwe Okorie, Martha Alwal and others.

McCowan ended up winning the Gillom Award given to the best women’s basketball player in the state of Mississippi in 2019. Her developing strong post players helped MSU become a championship contender.

It was back to Arkansas for the next three seasons as Harris became an assistant coach at the University of Arkansas from 2004-2007. She joined Scheafer at Texas A&M University for the 2007-2012 seasons.

She has a long coaching history and has been at several programs like Texas A&M that were successful. More importantly she knows the culture of Mississippi State women’s basketball and is a coach the players are already familiar with and there could be little time to get to know a new coach with the novel coronavirus keeping players at home.

Because of Scheafer, the MSU job is very desirable and will have a ton of interest. The Bulldogs are bringing back plenty of talent next season and will be one of the top teams in the Southeastern Conference.

Unless Geno Auriemma is leaving the University of Connecticut, MSU should take a strong look at Harris becoming the next head coach. Because of a possible short start to the season, Harris makes even more sense.