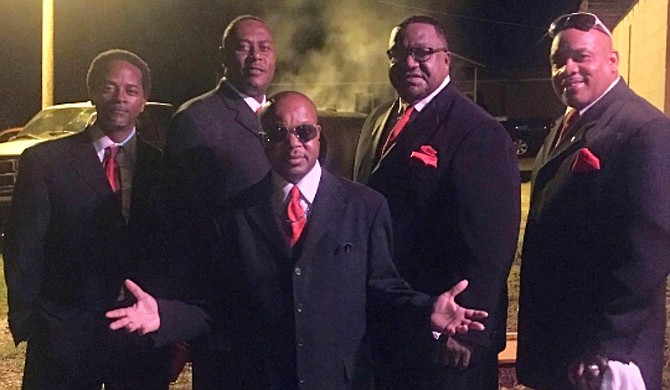 They are residents and childhood friends that grew up in the Georgetown community in west Jackson and attended Lanier High School. The group started in 1999 and competed at the Crossroads Lounge, a bar, and won 12 weeks consecutively. Attending blues shows gave them an extra edge, they said.

They sharpened their performance presentation through precision line dance. While watching the movie "The Temptations" movie, based on the artist of the same name, the group of friends decided to become a modern replica of The Temptations.

They studied to learn the lyrics of The Temptations, and other performing artists and groups. They've opened concerts for artists, and no matter where they travel to perform, community is always on the forefront of their minds, the city clerk said.

The Millennium Temptations have performed at the Lynch Street Cultural Arts Festival, the Georgetown Festival and Vicksburg First Friday; opened for Bobby Rush and the Zooblues; and won the Lee King Production talent show at the Mississippi State Fair. The group sponsors tour drives for communities and families with economic challenges, buys dinners to give single parents a break, buys bikes for children and throws Easter egg hunts at Mary C. Jones Headstart Center in west Jackson.

Tyrus Adams, Eric Johnson and Julius Waddell came to the meeting to accept the resolution.