Groovin’ and Chewin’ with Gumbo Fest 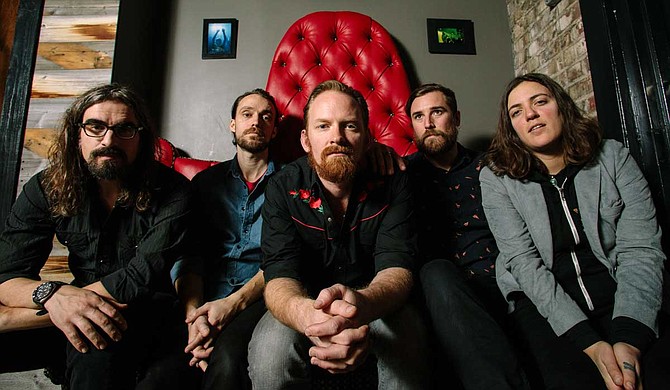 Each year, the BankPlus International Gumbo Festival allows attendees to sample a number of gumbo dishes and vote for their favorites. Additionally, though, the annual event also features musical acts. This year, four groups perform at Smith Park on Saturday, Nov. 9, starting at 11:30 a.m.

The members of this musical "family" have been playing together since 1980. While they initially did not know what genres they would embrace, they eventually shifted into traditional bluegrass.

The group's hook is that they are a pretend family who herald from the fictional town of Vernons Gap, Miss., although they are from the Jackson metro. As such, each member has a stage name that ends in "Vernon." Members include Hal Jeanes, or Freeman Vernon, on mandolin; Connie Jeans, or Connie Bob Vernon, on upright bass, guitar and fiddle; Jerry Brooks, or RCA Victor "Vic" Vernon, on banjo and guitar; and Johnny Rawls, or Smokey Vernon, on guitar and upright bass as well.

Another Mississippi-based band, Hood Baby and the Barnacles, brings 1970s funk into 2019. The band features Garrett "G-Funk" Caver on bass; Ronnie Bullock on vocals, keyboard and saxophone; Vaughan "V-Boog" Brenner on drums; and Wes Toner on guitar and backing vocals.

"I don't think it's possible to come to one of our shows and be bored," Caver says. "Even if you don't really like the type of music that we play, we try to give as much energy to the music that we can, and I think people really respond to that well."

Since forming in 2014, Arkansauce has produced three albums and is putting its finishing touches on its fourth album, "Maybe Someday," which is set to release by the end of the year. In February, the group will travel to Europe for a three-week tour, where they will perform shows in the Netherlands, Germany, Switzerland and other nearby areas.

Headlining the Gumbo Festival is Fruition, a group based out of Portland, Ore., who has performed all over since forming in 2008. The folk-rock, Americana, soul and blues band is made up of Jay Cobb Anderson on lead guitar, harmonica and vocals; Kellen Asebroek on rhythm guitar, piano and vocals; Mimi Naja on mandolin, electric guitar, acoustic guitar and vocals; Jeff Leonard on bass; and Tyler Thompson on drums and banjo.

"I like to say that Fruition sounds like bacon tastes ... warm and delicious and leaves a lasting impression," Asebroek says.