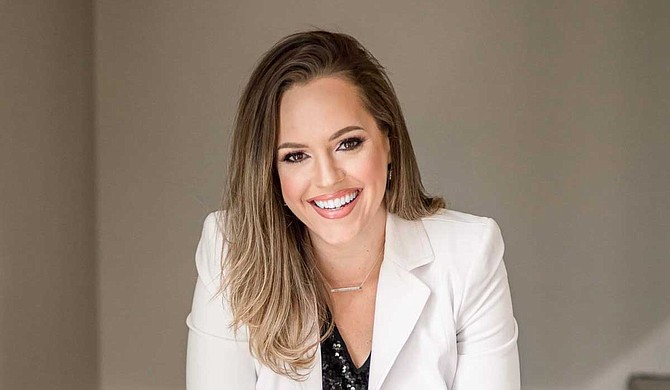 When CJ Fox checked her voicemail on Oct. 8 to be told that her child would not be able to return to daycare if she did not pay her overdue childcare bill, she was confused. Her three children were in high school, middle school and elementary school—none were in daycare. She returned the call to let the facility know that they had called the wrong number, but the incident weighed on her mind.

Fox, 34, called the daycare back to inquire further and learned that the mother had been struggling financially. While Fox could not afford to pay the fee herself, although she would have if she could, she says, she still felt called to help. So, she took it to Facebook, explaining the situation and how she wanted to help in a post, where she included her PayPal and Cash App information in case anyone wanted to assist.

Each payment came with a memo or note that said things like "We've all been there," "Paying it forward" and "Praying for this sweet mama."

"With every note, I just boohooed and cried because this is really our purpose. Our purpose as humans is to make the world a better place than we found it and make sure that everyone around us feels loved and connected that way," Fox says. "And that's such a powerful thing for me. Like, I didn't do anything. I did not donate a dime. But the community came together and did that, and that was just so cool for me, so neat. ... It's good to see the tangible evidence of the goodness in people."

She took a check for the overdue amount to the daycare facility and anonymously paid the fee for the mother. Neither Fox nor the mother know who the other is.

Originally from south Jackson, Fox moved around during her time in the foster system, but she eventually made her way back to Mississippi. While attending Hillcrest Christian School, she took additional classes at The Education Center School, which allowed her to receive her high school diploma at 16 years old.

After taking a semester off to work and earn some money, she enrolled at Mississippi State University the following January as a business major. She married at the age of 18 and left MSU in 2006 to start her own business, Lydia's Bridal and Formal Wear, named after her first child. Fox closed the business a year later to take care of her then-husband, who was ill. She returned to school—during which time she had her second and third children, Anna Claire and Evey—and earned her bachelor's degree in education in 2009 from MSU.

She taught for five years before delving into the field of insurance. She currently works as a brokerage director for Capital Preservation Services in Flowood, where she helps independent agents grow their businesses.

Additionally, Fox travels around Mississippi to speak on foster care and the roles people play in it. She has written a book titled "Obliterate the Odds," a novel inspired by her own experiences in foster care as well as others' stories. The book is set to release in early 2020, but a pre-sale will be available at the Hearts of Compassion 5k event on Nov. 2 at Colonial Heights Baptist Church (444 Northpark Drive, Ridgeland), which supports adoption and orphan care by helping families cover adoption fees.

Fox currently lives in Brandon. She refers to her children and fiance Dave Jesiolowski as her driving forces.