The Vernon Brothers, Hood Baby and the Barnacles, Arkansauce and Fruition 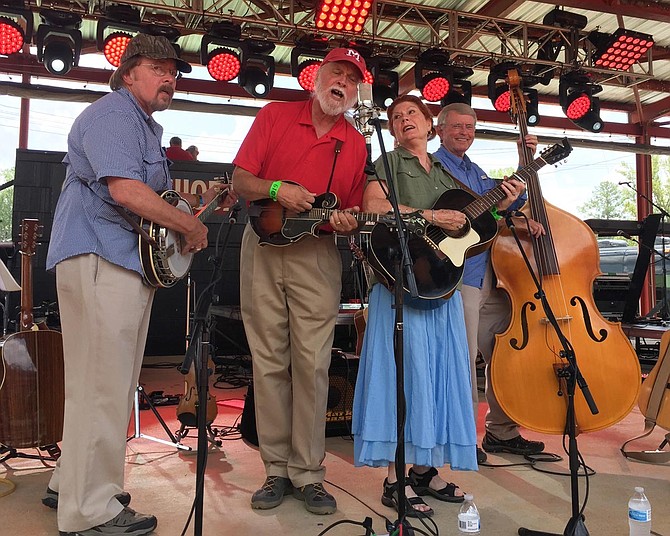 Ardenland holds its annual BankPlus International Gumbo Festival on Saturday, Nov. 9, at Smith Park. This year, proceeds benefit the Harold T. and Hal White Memorial Scholarship. At the event, attendees may sample various gumbo dishes and vote for their favorite recipes. Gates open at 11 a.m., and then a series of live music acts begin performing at 11:30 a.m. The Jackson Free Press published a short roundup of these four artists on Oct. 30, but below are some expanded features on the bands.

When the members of the musical "family" formed their band in 1980, they initially did not know what genres they would gravitate toward. Eventually, though, they shifted into traditional bluegrass. The Vernon Brothers perform covers of traditional bluegrass songs, along with a few originals mixed into the set list that also fit within the genre of those classics.

The group's hook is that they are a pretend family who herald from the fictional town of Vernons Gap, Miss., although they are from the Jackson metro. As such, each member has a stage name that ends in "Vernon." Hal Jeanes, or Freeman Vernon, plays the mandolin; Connie Jeans, or Connie Bob Vernon, plays upright bass, guitar and fiddle; Jerry Brooks, or RCA Victor "Vic" Vernon, plays banjo and guitar; and Johnny Rawls, or Smokey Vernon, plays guitar and upright bass as well.

"I took the names of the members and crisscrossed the common letters and came up with the name Vernon, and everybody felt they had a piece of it that way," Hal Jeanes says. "It's been easy for people to remember, and it's been good to us all these years."

The band has amassed a number of prominent performances in its career. The Vernon Brothers have played for a Peking opera show, the Hardrock Cafe and for U.S. President George W. Bush.

Additionally, the musicians have performed regular gigs spanning several years, playing for the St. Philip's Annual Goat Roast since its inception 38 years ago and for the Neshoba County Fair for nearly the last three decades.

"We've had such a good time doing this. We all love our music--very serious about it--and it's been good for us," Hal Jeanes says. "People still want to come out and hear us, and that's always a very flattering thing. Music is a lot of times a young man's game, but we've had a steady following for many, many years."

Videos of The Vernon Brothers can be found on YouTube. 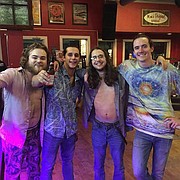 Hailing from Starkville, Miss., the '70s-inspired funk band is comprised of Garrett "G-Funk" Caver on bass; Ronnie Bullock on vocals, keyboard and saxophone; Wes Toner on guitar and backing vocals; and Vaughan "V-Boog" Brenner on drums.

Caver and Bullock formed the band in college during 2016. They used a random name generator to come up with Hood Baby and the Barnacles and ran with it. Toner joined in 2017 and Brenner in 2018. The group's music borrows from astral funk and mysticism and includes a number of originals as well as some covers.

"Man, there's something so incredible about the organicness of funk from the 1970s. It's so real, and it was real people talking about real things. And it's so freaking groovy," Caver says, emphatically. "Like, when you listen to a funk song, there's no way that you can't shake your ass to it. It gets people happy. It's happy music, but it has real substance behind it."

Bullock writes most of the lyrics to the band's original songs, with favorites including "Surface Level," "Mind Control" and "Taking Back My Love." Most of the songs are reflections of the band's experiences and thoughts on the world, although some of their originals such as "Breakfast in the Afternoon" contain suggestive elements.

"We are a funk band, so you have to have some songs that are just very inappropriate and kinda swanky and make your lip curl," Bullock says.

Audience reception has been fairly positive, Caver and Bullock say.

Hood Baby and the Barnacles is set to release a full-length album in early 2020 that they recorded earlier this year at Blackbird Studios in Nashville. Songs they have already released can be found on Spotify, iTunes and other music streaming services.

The group started with Bush and Archuleta, who had the opportunity to perform at the Harvest Music Festival on Mulberry Mountain in Arkansauce. They hired Collins as "a hired gun on banjo to fill out the sound and add a little drive to it; a lead instrument to trade with the mandolin," Andersen says. Collins suggested Andersen to fill in the opening for a bass player, and the group debuted at the festival as Arkansauce in 2014.

After playing locally and regionally, they began playing in other places like Colorado and areas along the East Coast. Over this last summer, the band played a three-week tour with Yonder Mountain String Band and played support for Leftover Salmon and for Fruition, with whom they are playing at Gumbo Fest. In February 2020, Arkansauce is heading to Europe for a three-week tour, performing in the Netherlands, Switzerland, Germany and other nearby areas.

"(It's) pretty exciting. They don't really have bluegrass as a traditional form of music, so it's a little foreign to them. ... It's pretty neat to be so far from home and playing music that means so much to people in our region--our friends and fans," Andersen says.

Arkansauce is putting finishing touches on its fourth album, "Maybe Someday," which is set to release by the end of the year.

For more information, visit arkansaucemusic.com or find the band on Spotify, iTunes and other music streaming services.

Headlining the Gumbo Festival is Fruition, a group based out of Portland, Ore., who has performed all over since forming in 2008. The band is made up of Jay Cobb Anderson on lead guitar, harmonica and vocals; Kellen Asebroek on rhythm guitar, piano and vocals; Mimi Naja on mandolin, electric guitar, acoustic guitar and vocals; Jeff Leonard on bass; and Tyler Thompson on drums and banjo.

"We always like being in the South," Asebroek says.

The group's music tends to fall within the genres of folk-rock, Americana, soul and blues.

"I like to say that Fruition sounds like bacon tastes. ... warm and delicious and leaves a lasting impression."

That said, the members are not necessarily specifically aiming to fit those genres when creating.

"For us we just write songs. ... Whatever genre or feel that ends up happening for any given song, that's just the way that song in our minds and hearts was supposed to sound."

Fruition performs in a number of festivals and shows each year, and Asebroek describes the experiences as rewarding.

"We create a safe place for ourselves and for fans to kind of let go and live in the moment for a little bit and be vulnerable and exposed," he says. "When you're up on stage in front of a bunch of people, it can be scary if you're not cut out for it. But it can be incredibly empowering and soul-nourishing. The best kind of performances are when you're not thinking and just living."

The band has begun to release vinyl 45s with previously unreleased tracks. They will be released digitally as well, and signed copies will be available at shows.

"We don't put them to CD; we don't print more than 200-250 per pressing. They're kind of collectors' items, and they're songs that we haven't released on albums ... They're great songs that never found a home or songs that we just wanted to let shine on their own instead of being part of a bigger thing," Asebroek says.

For more information, visit fruitionband.com or find Fruition on Spotify, iTunes and other music streaming services.