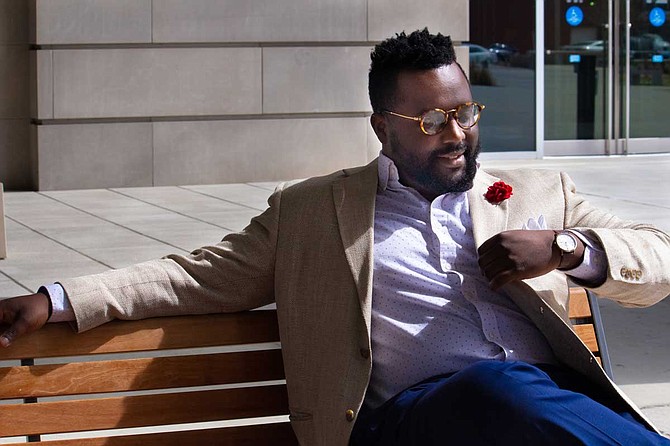 When Mississippi Civil Rights Museum Curator of Education John Spann was in high school, history came easy to him. "It wasn't like geometry or anything, and I got it," he says.

The Tuscaloosa, Ala., native also lived in Columbus, Miss., but after his father passed in 1998, Spann and his family moved to Jackson, where he attended St. Andrew's Episcopal School.

He attended college at Mississippi State University. While studying there, he began realizing that he did not know much about himself or his ancestry.

When Spann changed his major from biological sciences to history, he began taking classes in subjects such as African American studies and civil-rights history. He began seeking out stories of the Civil Rights Movement in Mississippi, especially those of lesser-known heroes.

"Mississippi was the crux of it, if you will, the battleground, the ground zero," he says. "But you really don't hear it that way. You talk about Alabama and Georgia, but not Mississippi."

After graduating from MSU, he moved back to Jackson and began volunteering as a tour guide at the Mississippi Capitol. Staff at the Mississippi Department of Archives and History told him in 2014 that he should apply for an archivist position with the  Medgar Evers collection at MDAH. He became the educational historian for MDAH's museum division in 2015. In 2017, he signed on as the curator of education for MCRM.

In his position, Spann acts as a liaison between the museum and schools. He creates resources, videos, lesson plans, and activities for the museum and teachers. He also helps create programming for the general public. "This is more than a museum," he says. "This is a place where people can come and learn about their history, about people who probably helped raise them or were in their community, but also get more information and take the museum out of these walls (and) into their communities."

Spann is also one of the hosts for the "Token Talk," along with Darius Williams and Thomas Price. In the podcast, the hosts discuss social issues through the lens of being black men. Spann had listened to it long before becoming a host, and related to them, he says.

"I felt like I was that guy," he says. "They were speaking to me because I have been the 'token black guy' in white spaces all of my life." He also connected with the show because it talks about many issues he faces in day-to-day life, he says.