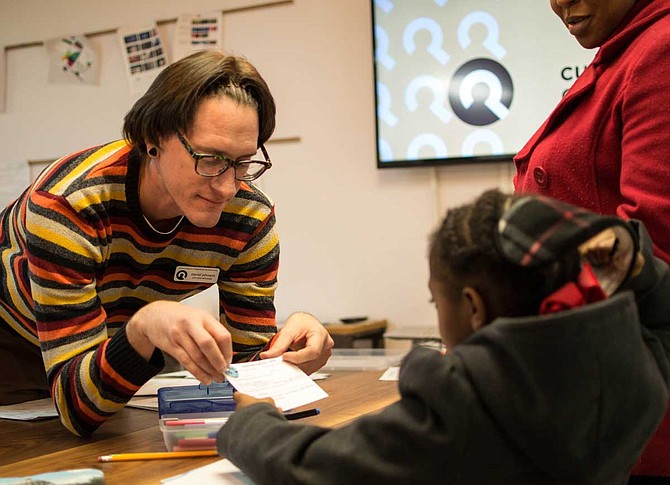 daniel johnson, who does not capitalize his name, stood on the steps of the Mississippi Capitol, waiting as participants in the Curious Citizens Capitol See event gathered before the beaux art-style building. For the next hour, he gave the group a tour around the Capitol, from the library of legislation downstairs to the Mississippi Senate and House of Representatives wings of the building.

It all started when johnson, the founder and chief executive officer of Significant Developments, visited the Mississippi Capitol with a group of people interested who were in public-education opportunities in the state.

In that visit, he found it difficult to discover what his role as a citizen was, and how people could interact and be part of that territory in a meaningful way.

"It was an experience full of anxiety and not a certainty of what I could do in the space," johnson says.

As someone who wants to solve problems through the use of art, johnson knew that he wanted to develop something to help discover his role as a citizen. He also wanted to do it in a way that other people could join him in that process.

"We wanted to create something completely apolitical, something that anyone could insert themselves and realize their own interests," he says. "We advocate for curiosity and just for people to be able to follow their own path."

The result was Curious Citizens.

johnson believes that there is a history of intentional design to impede the citizens' access to the government, which makes it difficult for those who are curious to become a participative member of society.

"It is embedded in our system to keep people out, and so Curious Citizens is about imagining and putting into practice what it might look like if you actively facilitate and resource citizens to go from being curious to being engaged," he says.

Those who want to participate in the program start with an orientation. During the meeting, which Curious Citizens hosts about once a month, johnson educates people on the goings-on in the Capitol and how to navigate the space. At the event's conclusion, each participant earns a pin they can wear during tours at the Capitol.

Kira Cummings, an artist and the "circumstance logician" at Significant  Developments, highlights that the Curious Citizens orientation program is a great way to educate anyone who is not familiar with the civics system. "It is a great introduction to educate people about their representatives," she says.

Cummings says that one of her favorite things about the project is watching the people who participate in the orientation learn how to address issues and keep up with their state representatives. The  Capitol See tours happen about once a quarter, and the next tour is March 26.

"Significant Developments is inviting citizens who are curious about what a role for them looks like interacting with  Mississippi state government," johnson says. "That's gonna be a unique pathway for each person, and we are excited to see what they discover and share."

The March 26 Capitol See event is at the Mississippi Capitol (400 High St.). For more information, visit  curiouscitizens.net or find Significant  Developments on Facebook.