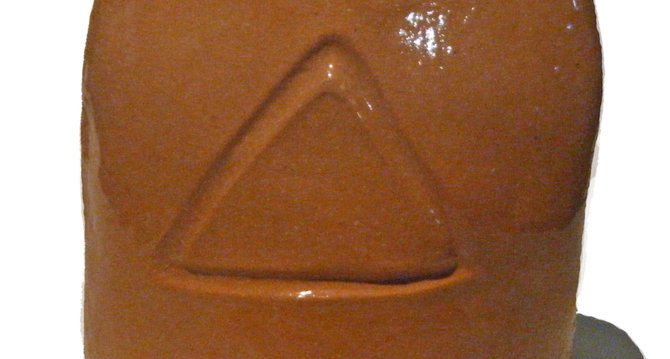 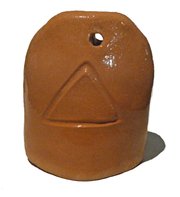 The Mississippi Museum of Art is teaming up with daniel and Amber Johnson of Significant Developments to engage the community in art.

daniel johnson's latest art project is a family affair. Clad in thick white-framed glasses and dark blue overalls with his name—he doesn't capitalize it—and "Significant Developments" stitched on the front, he works with his wife, Amber Johnson, their 7-year-old son Vesper (in matching blue overalls) and their 18-month-old son Wiley at the Mississippi Museum of Art.    johnson's team of artists—along with any visitors interested in participating—are constructing 2,200 ceramic bells from scratch by March 20, when the art museum will unveil the results. These bells, inscribed with symbols submitted by many Mississippians, will eventually become an installation in the museum's Art Garden.

In keeping with the MMA's mission to engage Mississippians in the visual arts, the museum has hosted an original collaborative project each spring since 2012 as part of the ongoing series, "C3: Creativity. Conversation. Community." The 2014 project, called "Core Sample," consists of johnson's ongoing ceramic bell-making workshops.

johnson wants to bring together people—both from Mississippi and worldwide—to produce artwork that represents the state's uniqueness. To lead "Core Sample," the museum chose his Significant Developments LLC, a local agency dedicated to advancing communities through relational art. His wife is the chief experience officer, and daniel is the agency's chief aesthetics officer.

The assembly line for the bells consists of several steps, beginning with dividing large lumps of clay into one-and-a-half-pound balls. The next step is to roll out and flatten the clay into half-inch-thick pieces, and then cut out the shape of the bells, using a plastic knife and a cardboard pattern.

The pattern yields a flat piece of clay about 10 inches long that resembles two triangles connected at their matching points—like a bow tie. The next step is to fold the pieces into a three-dimensional bell shape, and then meld the edges of the two halves together. The finished bell's opening is more oblong than round, giving it a flat front and back to make symbol inscription easier. The artists then make a hole through the top of the bell and smooth any sharp edges on the inside. The team allows the bells to dry a bit before etching the symbols. The last step is to fire the clay to a hard, ceramic finish.

The completed bells are about the size of an average person's hand. They aren't actually bells in the traditional sense, as they will not have clappers. The clay comes in several different colors from light gray to dark brown, and johnson says the final installation will have somewhat of a geologic sedimentary look to it.

The biggest choke point in the process now, though, is getting enough symbols to finish the bells. "We are looking to make connections around the state with individuals and groups to whom we can present the project and collect their symbols in person or by email," johnson says. "We are also setting up our table at events and welcome suggestions from citizens around the state."

The project's literature defines a symbol as "an emblem or sign used to represent something else," and Mississippians are encouraged to submit symbols of their own creation, combinations of symbols and existing symbols that represent their Mississippi identity. The symbols can be anything—submissions include trees, birds, landscapes, animals, abstract drawings, Army paratrooper insignia and finely drawn fern leaves (daniel says that a real artist had done the engraving on that one).