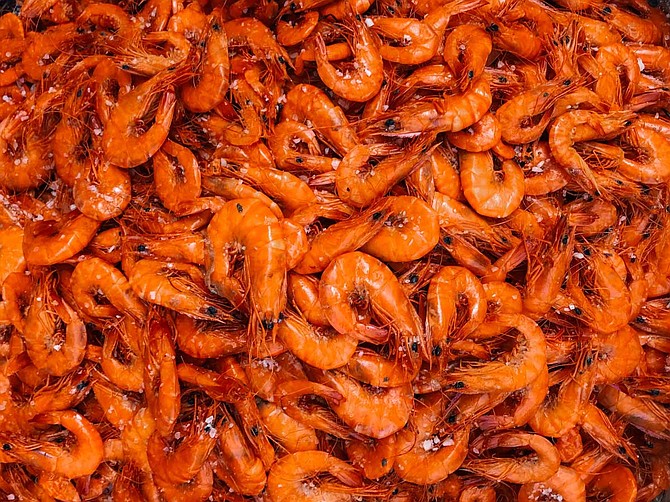 University of Mississippi Medical Center will host a signing ceremony on Wednesday, May 20, for a memorandum of understanding between UMMC and the federal First Responder Network Authority, a branch of the United States Department of Commerce.

FirstNet Authority is partnering with UMMC on a plan to expand Mississippi’s broadband network in order to help first responders in rural areas, who often struggle with a lack of cell phone signal and Wi-Fi in their area.

Greg Adams, a former conductor for the Canadian National Railroad who retired in 2016, opened his own seafood market, Gulf Seafood Outlet (6270 Old Canton Road), in Jackson in September 2018.

“I’ve always felt like everybody needs something to do after they retire, and this is just the thing for me,” Adams told the Jackson Free Press. “I saw that we didn’t have a quality seafood market like this in Jackson, and I thought it would be a great thing to bring here since fish makes for a healthy and clean diet.”

Adams was born in Jackson and lived in the city until moving to Martinville in 2018. He opened Gulf Seafood Outlet with Ed Chesire, another Jackson resident who has been Adams’ best friend since seventh grade.

Gulf Seafood Outlet keeps at least eight varieties of restaurant-quality seafood in stock at a time, including mahi-mahi, triggerfish, flounder, royal red shrimp and more. The shop also has crab cakes, crawfish patties and a line of sauces, spices and fish fry from small family-owned businesses in Mississippi and Alabama. Adams also plans to stock Mississippi farm-raised catfish in the future.

Each Monday, Adams and Chesire drive to the coast to purchase fresh stock from Mississippi, Alabama and Florida, though he says his specific suppliers are a “trade secret.”

“It’s about 173 miles to the coast, which isn’t that far, but not everyone can regularly travel down there with coolers to stock up,” Adams says. “We carry all kinds of things you can’t find just anywhere around Jackson, and you’ll be paying a high price looking around for this kind of stuff anywhere else. We also offer comparative shopping where customers can price match deals they found somewhere else.”

California-based "superfood" cafe chain Vitality Bowls is opening two locations in Mississippi, one at 111 Colony Crossing Way in Madison and one 256 Dogwood Boulevard in Flowood.

Roy and Tara Gilad founded Vitality Bowls in San Ramon, Calif., in 2011, after discovering their daughter has severe food allergies. The couple began franchising in 2014 and has since opened 100 cafes across the United States.

The menu at Vitality Bowls centers around a dish called "açaí na tigela," a Brazilian dish made of mashed, frozen acai fruit and topped with nutrient-dense "superfoods," including berries such as acerola, camu camu and aronia; fruits such as mangosteens and graviola; maca roots, bee pollen and more. Vitality Bowls prepares all of its dishes in special kitchens designed to avoid cross-contamination among different ingredients for the sake of customers with food allergies.

Vitality Bowls will also have a full-service coffee bar that will offer "superfood" drinks such as espresso, lattes and organic cold-brew coffee mixed with ingredients like acai, pitaya fruit and matcha tea leaves.

For more information or to view the full menu, visit vitalitybowls.com.