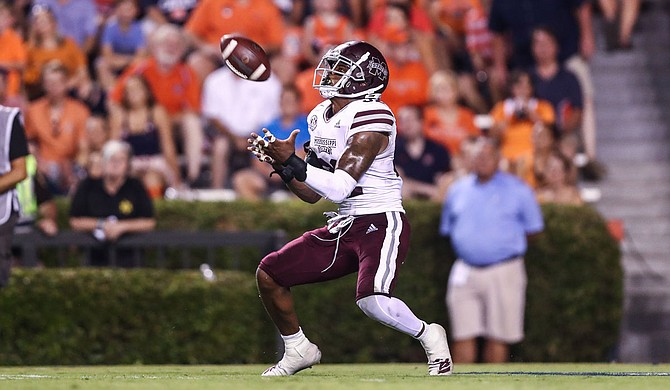 That means MSU safety Brian Cole II has an extra game on film to show off his abilities to scouts. After Cole finishes the Music City Bowl, he will start preparing for the 2020 Senior Bowl in Mobile, Ala.

Cole started his college career in 2015 at the University of Michigan as a wide receiver. He played in three games on special teams and as a receiver before deciding to transfer out of Michigan to East Mississippi Community College.

In his one season at East Mississippi, Cole switched positions to safety. He enjoyed a breakout season as a safety and recorded 54 tackles, three forced fumbles and returned one for a touchdown, blocked three kicks and one sack.

The Saginaw, Mich., native transferred from East Mississippi to MSU. He redshirted the 2017 season with the Bulldogs due to academic reasons that left him off the field until 2018.

Cole returned to the field for the 2018 season and saw limited action as he played in just five games. He recorded 11 total tackles, five solo tackles, three tackles for a loss, one pass defended, one interception and one sack.

The safety entered his senior season with the expectation of enjoying a jump in playing time and playmaking ability. Cole did not disappoint as he played in 12 games and recorded 67 total tackles, 38 solo tackles, 7.5 tackles for loss, three passes defended, two sacks, two fumble recoveries, one forced fumble and one interception.

Before Cole plays in the Senior Bowl, though, he will join his teammates against Louisville. The Music City Bowl will be on Monday, Dec. 30, with a 3 p.m. kick-off and will be broadcast on ESPN.

If Cole plays well enough at the Senior Bowl, he could get an invite to the NFL Combine before the 2020 NFL Draft.