A Man, His Dog and the Pursuit of Happiness 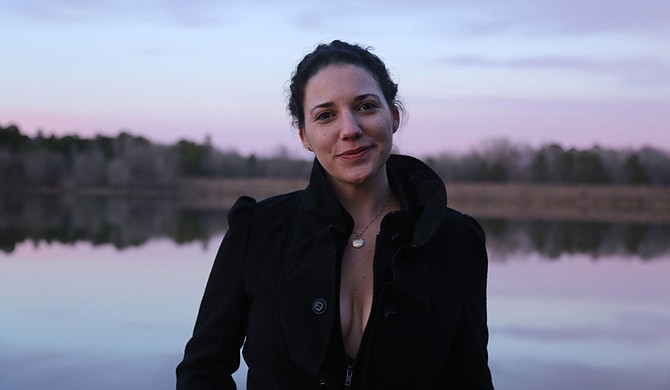 Facets of mental illness often implode when a writer attempts to record such personal, fictional journeys onto the page. It can be difficult for fiction to grasp the creeping horrors of a very intangible depression. Mary Miller's masterful hold on her protagonist, Louis, perfectly demonstrates helplessness in the wake of detachment while grappling with one's notions of happiness. 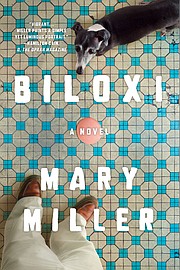 "Biloxi" begins with a simple-enough plot that gradually unfolds, revealing an almost outlandish narrative that consistently grounds itself at its most critical moments. Louis, introduced as an early-60s divorcee, decides to, on a whim, purchase a Biloxian's dog, something completely out of character for this strait-laced, routine-driven retiree. Suffice it to say, self-inflicted hijinks ensue, and with his newfound best friend in tow, Louis has a front seat to the implosion of his self-constructed haven.

With this initial setup, it becomes that much more difficult to construct a cohesive review of this novel. Miller is wonderful, an incredible delight to read. She's able to pack a number of overlying themes into a fairly straightforward story that abuses the unsuspecting Louis McDonald. Miller's bullying of her character does not draw much, if any, sympathy toward Louis as he is shown to be the root of his own issues.

From its very domestic beginnings,  Miller's narrative seems interested in the concept of change and to what ends one will go to in order to avoid facing an inevitable grand metamorphosis. Simultaneously fighting against and submitting to this change, Louis renders himself helpless, trapped within his home, avoiding long-forgotten responsibilities while only managing what is right in front of him.

Louis is a character bundled with hatred, both inward and external. He's overtly violent and hateful toward minorities and women, peering at what makes them imperfect and therefore lesser in his eyes. He's a self-righteous hero for treating little people as if they were "regular," and while he can't stop himself for scrutinizing estranged women's minute details, Louis' chivalry dissuades him from voicing his complaints of the grotesque.

Placed in a situation where he is forced to adapt so drastically, Louis begins to question his own happiness, what it means to be happy and if he had ever felt happiness. It doesn't take long before he stumbles upon the realization that, well before his divorce, he had faced an inexplicable detachment from both his wife and his daughter, slowly relinquishing his familiarity with the world he's lived in for 60 years.

Layla, Louis's unforeseen furry companion, immediately consumes his every waking thought, his identity. Personifying her, comparing her to her daughter and ex-wife, Louis' abandonment trauma finally has an outlet. Deflecting from his actual personal issues, Louis promises to give this dog everything that he couldn't provide for his ravaged family. Rather than speaking to them, Louis spends almost the entirety of the novel dodging their phone calls to further indulge in spoiling Layla with trans fats and carbs, blind to the fact that he's slowly impeding his new best friend just as he's killing himself.

The notion of offing himself does creep menacingly, if not comically, throughout the novel, interwoven between almost losing his dog, being robbed by a potential lover and the scheduled bashing of a bird's skull against his widow.   Like the bird that's intent on self-harm, Louis remains firm about doing nothing both about the bird's distracting noise and his depression. In this, Miller illustrates the choking hold of one's masculinity, allowing it to determine Louis's happiness and constantly causing him to feel unsettled in a familiar environment, unable to ask plea for help. Poor, unemployed and utterly alone, Louis is plagued with suicide's looming tangle; however, the reader inevitably forms an attachment with Louis in the wake of his raging war with himself.

"Biloxi" manages to remain surprising until its final, finite sentence, leaving Louis in a position of trepidation, similar to how we see him at the start of this novel. Weathered by an internal trek of self-discovery and reconnecting, he is presented with a new, better start to the next phase of his life. Miller demands your attention with this novel and promises a story jammed with prosperity.