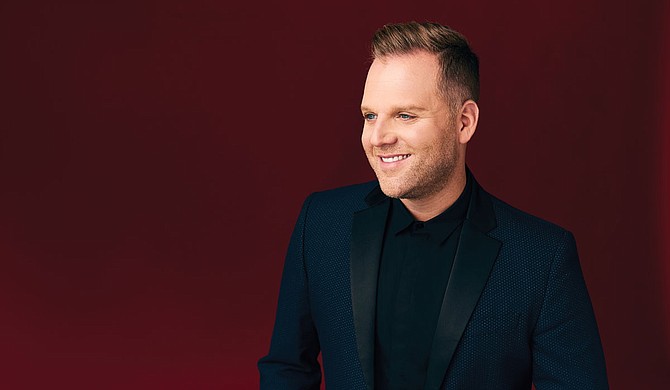 Originally from the suburbs of Chicago, four-time Grammy winner Matthew West, 42, grew up playing baseball but possessing a talent for music that those around him encouraged him to pursue.

When he drew no sports-related scholarships after graduating from Downers Grove North High School in 1995, West decided to study music at Millikin University in Illinois. While in college, he began writing songs, which ignited his passion for the field.

After graduating in 1999 with a bachelor's degree in music, West moved to Nashville and began his career behind the scenes as a songwriter.

West spent the next three years pursuing a record deal, but the labels repeatedly turned him down.

"I think that rejection really helped prove how really motivated I was to make this dream a reality," he says.

After signing with Universal South Studios in 2002, West released his first album, and the track "More" made its way to No. 1 on R&R's Christian Adult Contemporary chart and remained there for a record-breaking nine weeks. From there, West says, his career took off. He still writes songs for other artists as well—songwriting is what sent him on this trajectory, he says.

Over the years, West has written songs for both country and Christian artists, including Casting Crowns, Rascal Flatts, Scotty McCreery and more. His songs are known for possessing storytelling elements.

"Songs are really stories put to music. They come from different vantage points, different narrations, different characters. We write about different chapters of our lives. I've always been drawn to the power of story, ever since I was a kid growing up in my dad's church," he says, alluding to the testimonies that many churchgoers often share.

West says he is drawn to people who aren't afraid to talk about the not-so-perfect parts of their lives. "That's something now that I want to create in the music that I write," he says. "The hope is that as people hear my music that they will connect with the story and apply it to their own stories."

By thinking of their own lives as stories, segmented into chapters, people may start to reflect and wonder why we must have some of those chapters at all, West explains.

"We all have chapters in our stories that we wish we didn't have. Part of living out a successful story with our lives is figuring out what to do with those chapters, and I hope my music can serve a purpose in that," he says.

West has worked with Christian radio stations for various tours and the like on numerous occasions, hosting the K-Love Fan Awards for five years.

"Radio stations are the lifeblood of artists' careers, like mine," West says. "It's a unique partnership that I have with (K-Love), and I was thankful that they invited me to headline this Christmas tour this year."

West says he enjoys the way his music brings him together with those in the audience.

"I think the word that would describe what I enjoy most is the word 'connect,'" he says. "To connect with an audience is really something special—something special takes place at those concerts, through the singing, the storytelling. We're laughing. We're crying. We're having this neat moment."

At Christmas time, it's really special to West. "Trying to bring that crowd into a place where we're pausing and really getting in touch with what Christmas is about. I love to connect with the crowd," he says.

In addition to performing and songwriting, West is also an author, writing devotional books as well as his latest work, "Hello, My Name Is," titled after his hit song of the same name.

"It's a book about discovering your true identity and letting go of false identities that may be holding you back from achieving your fullest potential in life," West says of his work.

He is performing on the K-Love Christmas Tour alongside fellow contemporary Christian artists Matt Maher, I Am They and Hannah Kerr.