Leshundra Young in the Running for Teaching Award 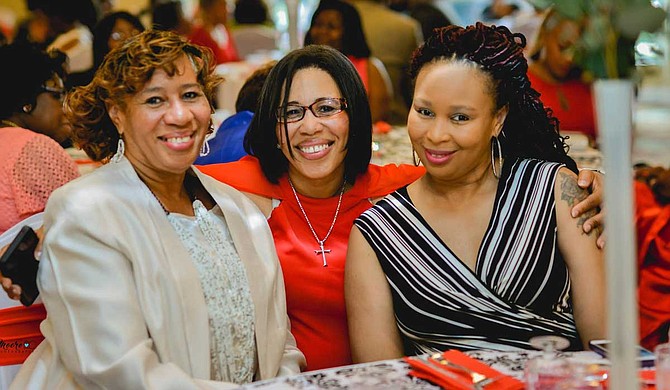 Few leave as large an impact on the lives of students as do teachers. Leshundra Young of Germantown High School embodies this sentiment, as she has recently been named as one of four state finalists for the Presidential Award in Mathematics and Science Teaching.

The Lexington, Miss., native became interested in science after some teachers in high school made the subject enjoyable. Young graduated from S.V. Marshall High School as valedictorian in 1998 and then enrolled in Mississippi State University for two years before transferring to Mississippi College at the start of her junior year. She graduated from MC with a bachelor's degree in biological sciences in 2004 and later received her master's degree in microbiology from Jackson State University in 2006. She also received a master's of arts and teaching degree in secondary education from the University of Phoenix in 2011.

Young pursued biology after developing a fascination for the subject.

"(Biology is) so interesting—to see all the minute things, like how these microscopic activities are going on inside of your body the entire time, and that's what's keeping you alive, and how a screwup on such a small level can lead to something as big as cancer," she says. "But also understanding (biology) can lead to a cure. ... If you understand the processes enough, you could be the answer to healing so many people."

While she had originally thought she wanted to use her degrees to enter the research field, after completing a year of limited service, in which she was assigned a classroom as a teacher but did not have her teaching license, at Wingfield High School, Young fell in love with teaching. After earning her license, she became a teacher at her alma mater, S.V. Marshall High School, from 2011 to 2013 before taking on her current position at Germantown High School in Madison, Miss., the same year. There, she teaches general biology, general chemistry and Advanced Placement biology.

"Every day is different. There's no way to have the same day twice, even from block to block. And I get to meet these amazing people that are our future, and I get to actually pour into them at an early age," she says. "I'll live forever because of what I've poured into these kids. They'll take it with them and pass it on."

One of her fondest memories from her time as a teacher was when she was teaching a lesson on cell communication by having the kids play a round of "Telephone," a game where one player whispers a message into the ear of the next, and the message gets passed around the room until the end, when it usually ends up distorted.

In this instance, the students conspired so that the last student to receive the message stood up and started dancing, which was not the original message by a long shot. Young turned the moment into a teachable one, noting how the dance represented a miscommunication in the cell that led to it acting rogue, which could lead to something harmful such as cancer.

"It was a joke, but we were able to turn it into an actual lesson," she says.

She finds teaching rewarding, and her impact has been displayed most prevalently through her Advanced Placement students, she says.

"A lot of the times, (the A.P. class) is the first time many of them have ever been (academically) challenged, but ... I keep getting emails from my former students who are in college telling me how much easier their college-level biology class was for them and their peers because I ride them in A.P. Bio," she says. "I always tell them, 'Cry now or cry later,' and they'd rather cry with me because I can help them out."

Although she loves teaching and building relationships with her students, a struggle Young faces is balancing her work with her family and her health. Doctors diagnosed the mother of three with fibromyalgia and lupus in 2015. Fibromyalgia is a disorder that causes musculoskeletal pain as well as fatigue and other issues. Lupus is an autoimmune disease that causes one's immune system to attack the body's tissues and organs.

The administration at Germantown helps accommodate Young, though, such as giving her an elevator key to get to her upstairs classroom.

Young, 39, reached her status as a state finalist for the teaching award after her principal, Wesley Quick, nominated her. From there, she had to submit an application to be eligible for consideration. Once that process ended, Young had to record herself teaching a lesson and then critique herself, saying what she did well and how she could improve. She submitted the video in April and only recently found out that she became a state finalist.

When Quick announced to the staff that she had earned the state finalist spot, Young initially did not believe him, as she was not fully confident in the video she had submitted.

Little things happened during the video that would have normally happened in class, including a student falling asleep or another dropping a model, but she decided to submit that one because it was a true depiction of a regular day in class. She started to second-guess herself after her submission, but she was excited and relieved to learn that the submission panned out after all.

She learns whether or not she will move to the next level in the contest in about a year and a half.

In the future, she hopes to earn her doctorate in microbiology and eventually teach at the collegiate level, although she is satisfied for now to be able to teach the age group she does, since they are at an impressionable age and because she gets to make a difference in their lives, she says.

Young is close to her family, including her mother Mattie Porter, her sister Rev. Cassandry Redmond-Keys and her three children Daryn, 21; Kalyb, 13; and Kalynn, 8.

The other three state finalists for the award include Shani Bourn of Hancock High School, Kenneth Peagler of Starkville High School and Paige Cobb of Pass Christian High School.