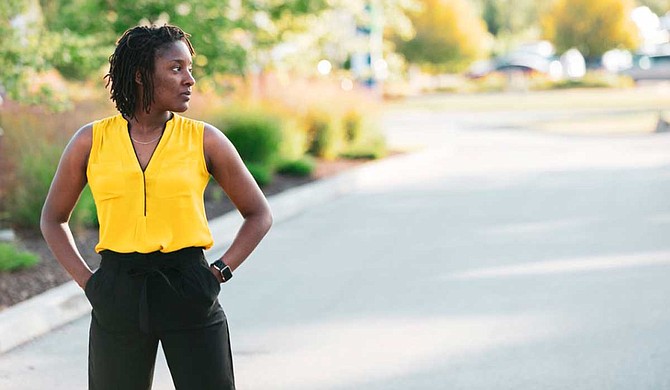 At the Aug. 6 city council meeting, members gave a resolution to Jackson native Amber Johnson for becoming the first African American woman to graduate with a Ph.D. in computer science from Purdue University. After graduating from Lanier High School in 2006, she attended LeMoyne-Owen College in Memphis, Tenn., where she received her bachelor's degree in computer science in 2010.

She received her master's degree in computer science from Jackson State University in 2013 and doctorate degree in the same subject from Purdue on Aug. 3, 2019. During her time at the university, she received several fellowships and grants for Purdue's computer-science program.

Johnson said after attending historically black colleges and universities, it was difficult to navigate and find other black people at Purdue. She did research to see what other black people had gone after degrees at Purdue and discovered Henry T. Sampson, who attended Lanier High School and was a chemical engineer at Purdue.

"The community I came from, historically we're not expected to do a whole lot of stuff, so you can't be what you can't see. I'm so thankful to join people like Henry T. Sampson, my great-grandfather, who was an electrician, or my grandfather, who was a barber and worked his entire life. I just want to say thank you to him and everyone that paved the way," Johnson said.

Ward 2 Councilman Melvin Priester Jr. congratulated Johnson on her Ph.D. and said he cannot imagine how much work went into completing a doctorate in a challenging field.

"You have become something so many kids don't believe is possible to become," Priester told Johnson. "I humbly ask you to please stay in touch with the kids from Lanier and find ways to keep being a role model because you are a role model."

She now resides in Maryland, where she works for Northrop Grumman, a global security company, and is a part of the company's Future Technical Leaders program, a recruiting and professional development opportunity that identifies and invests in the next generation of technologists and leaders, the company's site says.

"(It) will allow me to travel across the country and all over the world to work in different fields within the country," Johnson said.