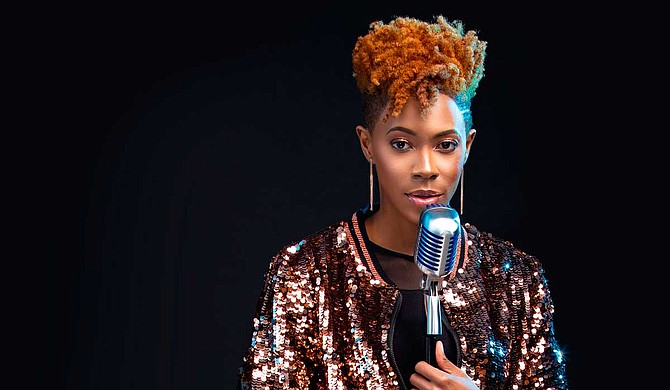 Rita Brent, a comedienne and lifelong Jackson native who has been performing local one-woman shows since 2015, recently announced that she is moving to New York City in October this year to advance her career in the entertainment industry. As her way of saying goodbye to her home state, Brent will host a comedy show called "Sipp on This Tea" on Saturday, Sept. 28, beginning at 7 p.m. at the Alamo Theater (333 North Farish St.) in downtown Jackson.

"I've done a one-woman comedy special at the Alamo every year except 2017, and I specifically chose it for my going away show because it was a Mecca for black entertainers to perform in back in the day," Brent told the Jackson Free Press. "People often question if it's even open because of how the street outside looks now, and I perform there to bring glory back to the area. I want to get lines wrapped around the door, get people buying there and engaging in the neighborhood."

Sipp on This Tea will include standup comedy and satirical songs Brent writes about current events on the news. Several of her most popular songs on social media involve President Donald Trump, including "Trump is a Racist" and "Trump is in Love with Vladimir Putin," which currently has more than 2.7 million views on Brent's Facebook page. New to her farewell show will be a song titled "Rock Me Like a Pothole," which Brent says is a love song to Jackson that will include background dancers and more.

"Potholes are usually the first thing anyone talks about when they bring up Jackson, and the point of writing this song was to change the narrative and cast Jackson in a different light," Brent says.

Special guests will include Whodi, a Hattiesburg standup comedian whom Brent befriended in 2014 when she was just starting out in comedy. Whodi, whose real name is Scott Haynes, also hosts Team Whodi's Comedy Crackup in Hattiesburg every month. Alton Walker, an Atlanta-native comedian whom Brent met in 2018 and bonded with over a shared love of drumming, will also be at the show. Walker will perform standup and perform his "R&B workout challenge," in which he turns the dance moves of artists such as Dru Hill and Michael Jackson into a workout.

"I am extremely appreciative of all the support I've received from them and so many others since I started," Brent says. "People who watched me way back then and are still watching now have seen the growth I've gone through, and I'm just grateful and humbled by all this. I'm excited to perform one last time in Jackson and give a celebratory sendoff that I wouldn't have any other way."

Brent graduated from Murrah High School in 2005 and spent her freshman year at Tougaloo College before transferring to Jackson State University as a sophomore to enter the school's mass-communications program. While at JSU, she took a job as a radio announcer for 88.5 WJSU in 2006. She received her bachelor's degree in broadcast production from JSU in 2009.

After graduating, Brent briefly enrolled at the University of Southern Mississippi with the intent of working toward a master's degree in speech communication; however, she later dropped out to become a full-time musician and music instructor. She joined an all-female band called Calico Panache and worked as a music instructor for the Salvation Army in Jackson.

Brent joined Mississippi Public Broadcasting as a radio producer and host for local programming in 2011. She became interested in stand-up comedy in 2013 while attending an open-mic comedy show at the now-closed Suite 106 club in Jackson.

"I was there just hanging out and listening to all the comedians perform when I started getting chills watching them and thought I heard the voice of God say, 'You can do this,'" Brent says. "I acted on that urge and asked Ken Coger, who was running the event, to let me do it, and he gave me a five-minute set later that week. I don't think I was any good then, but I remember my mother was there at the show supporting me and laughing, and I decided to stick with it."

In 2017, Brent left MPB to become a full-time comedian. Since then, she has appeared on Comedy Central and truTV; toured with the Rickey Smiley & Friends comedy group; written and performed in commercials for Patty Peck Honda, which is sponsoring "Sipp on This Tea"; opened for Cedric the Entertainer, Bill Bellamy and Lavell Crawford; and headlined at the Apollo Theater Comedy Club in New York City.

Brent says her plans after moving to New York City include getting into the mainstream comedy market by performing in popular venues such as the Comedy Cellar in Manhattan. She also hopes to make appearances on New York-based late-night television shows such as "Saturday Night Live" and get work as a writer for them. Her ultimate goal, she says, is to eventually get her own comedy special on networks like HBO or Netflix.

"I named my farewell show 'Sipp on This Tea' as an ode to Mississippi," Brent says. "When I think of tea, I think of talking with friends over it and talking about my state, my life as a black woman here and my experiences whenever I'm out of town and tell folks I'm from Mississippi. There'll be plenty of comedy, but I also want to talk about painful things like my divorce, about my growth as a comedian, and about myths surrounding Mississippi and holding my state accountable."