Adding Comedy to the Bill 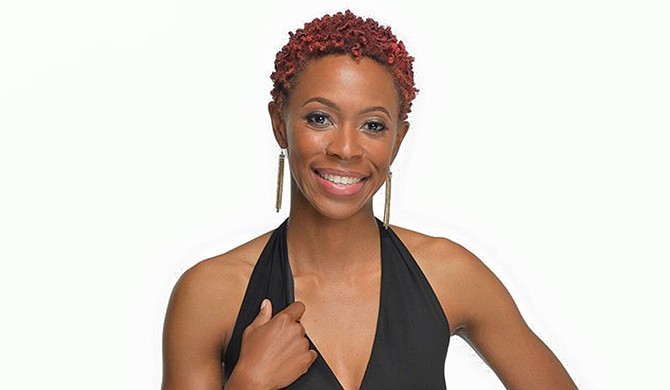 Cherita Brent is one of the comedians for tonight's "Made in Mississippi Comedy Tour" at the Alamo Theatre. Photo courtesy Elite Images Photography

"Laughs are colorblind," event promoter Elton Pope says. "If it's funny, it doesn't matter what color you are."

Tonight, Aug. 4 at The Hideaway, Pope, who is the chief executive officer of event company Carpe Diem Management, LLC, will present the "Made in Mississippi Comedy Tour," which will feature eight comedians from the Magnolia State.

Pope has promoted comedy shows for seven year and has worked with up-and-coming talent across the state, helping them perfect their skills, stage presence and routine as stand-up comics.

"I believe in local talent," he says. "The Jackson comedy scene is full of talent. It's on the rise."

He says his focus for "Made in Mississippi" was to highlight Mississippi's all-stars and show what this state has to offer in the realm of comedy. The first stand-up to stand out in his mind was Jim Hill High School and Alcorn State University graduate J.J. Williamson, he says. Williamson has appeared on television shows such as BET's "Comic View" and "Showtime at the Apollo."

For "Made in Mississippi," Pope also reached out to Vicksburg native Marvin Hunter, who is a retired U.S. Navy officer and began doing stand-up comedy in Guam while on duty. The show will also feature Cleveland, Miss., native Kelly "K-Dubbs" Walker, who won the Shaq All-Star Comedy Contest, and Jackson comedian Cherita Brent, or "Rita B.," who performed as part of the Rickey Smiley Tour and received the title the 2013 Power of the Mic Novice Comedienne of the Year. Karlous Miller, who appeared on NBC's "Last Comic Standing" and Nick Cannon's "Wild N' Out," and Silver Creek, Miss., native Preston "Bo-P" Barnes, who has appeared on "Martin" and BET's "Comic View," will also take the stage.

"I just wanted to get the all-stars of the Mississippi comedy scene together," Pope says. "We just wanted a Mississippi-centric show that highlighted the talent from across the state. Living in Mississippi has a certain stigma, but what I want people to understand is that it's so much better than what they perceive."

Comedy is like music, in a way, he says. It can alter people's moods and change their outlook. Pope says that he ultimately wants the comedy tours that he promotes across the state to achieve one goal: Mississippi is known for blues, and he wants comedy on the billing, too.

*CORRECTION: This story has been edited to reflect a factcheck change. The "Made in Mississippi Comedy Tour" will actually be at The Hideaway, not the Alamo Theatre.