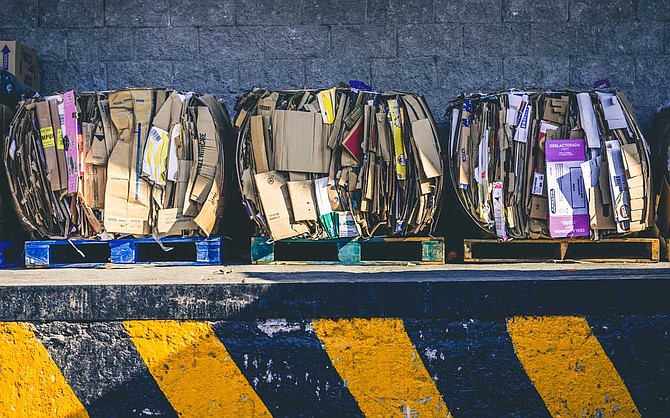 The City of Jackson is suspending its curbside recycling program starting Sept. 1., joining more than 300 cities across the country that have also suspended their recycling program. Photo by Alfonso Navarro on Unsplash

The City of Jackson announced on Monday, Aug. 12, that it will suspend the curbside recycling program starting on Sept. 1. Residents will receive one more collection before or by Aug. 31, 2019, a press release said.

"The City of Jackson is one of more than 300 cities across the United States that have recently suspended their curbside recycling program as the market demand for recycled materials has diminished drastically in recent months," the release said.

Megan Gosa, public information officer for Mayor Chokwe A. Lumumba, said the City is suspending the program because the administration is directing the money for recycling toward cleaning up more than 100 illegal dumping sites on streets such as Aberdeen Street, Greenfield Avenue and Utica Street, where residents have been dumping trash, garbage and waste at illegal dumping sites.

"This doesn't mean that the City doesn't believe in recycling, but we're refraining for now to clean up these sites," she told the Jackson Free Press.

The Department of Public Works is trying to find recycling collection alternatives for residents and will update the City of Jackson's website and release information to the media as alternatives become available.

For residents who want to continue curbside recycling, they can contact a certified hauler directly, including Allen Recycling and Environmentality Recycling Solutions. The release says residents will be responsible for the costs of the collection, and all payments will go to the hauler. For those who want to continue recycling but can drop the items off instead can contact any certified recycling hauler for drop-off locations, including Tri-Miss Recycling.