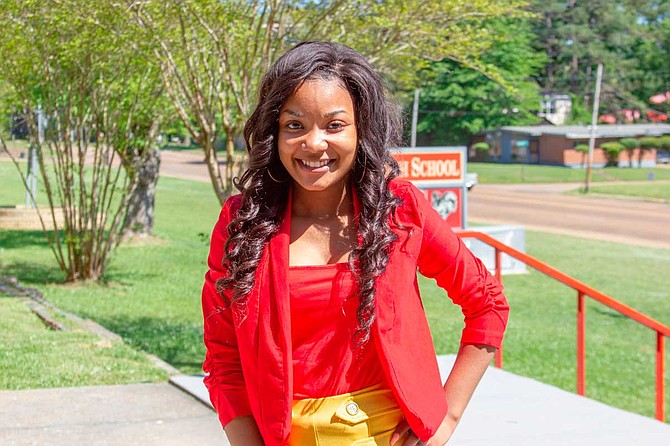 One of the reasons Brandie Wigley decided to do the Jackson Public Schools Junior Reserve Officers' Training Corps Cadet of the Year contest was because she found out that a Provine High School student has not won the title in 36 years. She says she also wanted to become the first woman at Provine to win the title.

"I want to be able to make a change for my school and show everyone that I can do anything," she says.

Wigley, a 17-year-old junior at Provine, won on Feb. 20, after competing with six 11th-grade JPS students and one sophomore who gave speeches on what JPS and the JROTC have done for them and how the school district has helped them prepare for a  successful life after high school. Each student also submitted an essay on honor and duty to their country.

Part of Wigley's efforts to help others includes volunteering with Rise Against Hunger, an international hunger-relief nonprofit that packages and distributes food to people in developing countries. She also works with members of New Jerusalem Church in Jackson, of which she is a member, to gather donations of food and clothing every other month for local charities such as Stewpot Community Services and the Jackson branch of the Salvation Army. Her church also holds picnics to help feed homeless people in north Jackson.

Wigley enrolled in the Provine JROTC program during her freshman year in order to acquire better leadership skills, she says. She also knew even before she entered high school that she wanted to join the United States Air Force after she graduates.

"I know that women are treated well in the Air Force, and that those women are strong-minded, great leaders who always get the job done," Wigley says. "I knew that joining JROTC was one of the steps I needed to take to get where I want to go."

After she graduates from Provine, Wigley plans to enroll at the U.S. Air Force Academy in Colorado Springs and study to become a judge advocate, which is a type of court officer that works in the legal system for fields such as health care.