Living in Virtual Reality with Lobaki 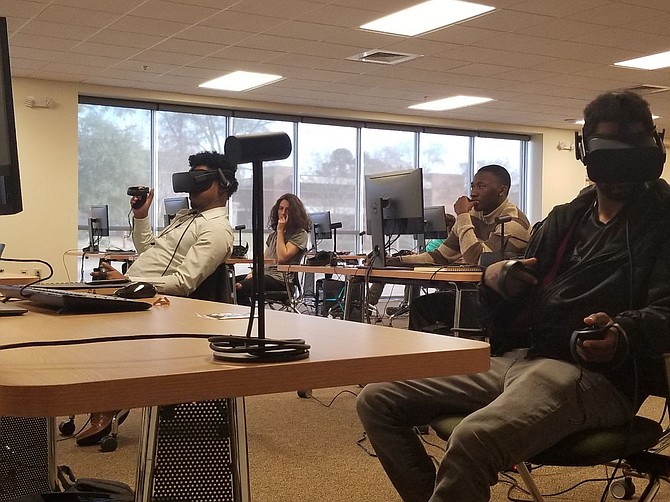 JACKSON — When Vince Jordan's uncle, NASA engineer William Gray, showed him the earliest version of a virtual-reality headset during a visit to a NASA facility in Houston, Texas, in 1987, Jordan thought it was horrible.

"The headset had a small field of vision, you couldn't move your head too fast or you'd get nauseous, and there were just all kinds of other things wrong with it," he says. "However, I could also see the future of this technology and all the things right with it. I thought that this could one day be the most amazing technology on the planet."

Jordan, 51, was born in Chicago and grew up in Naperville, Ill., a village just west of the city. He graduated in 1975 but had already been working in the technology industry since 1973. His parents both worked in data processing for a company called First Data Services in Naperville, and by age 16 Vince Jordan had already learned to run and program mainframe computers at their office.

"I used to go over there and work on the computers all night along with my homework," Jordan says. "I think computers were just a part of me since I was born. Looking at banks of computers back then reminded me of scenes out of 'Star Trek,' which I loved as a kid, and made me think, 'This is where I want to be.'"

Jordan and his son, Josiah, began experimenting with developer kits for software to use in virtual reality in 2014. In 2016, when Jordan was living in Boulder, Colo., and Josiah, 38, was in Wellington, New Zealand, the two decided to form Lobaki while engaged in an online virtual-reality session.

Jordan demonstrated Lobaki's technology during Clarksdale's Juke Joint Festival in April 2017 and later trained five students as VR curators, which involves supervising and guiding another person engaging in a session. He also set up the Lobaki VR Academy in Clarksdale in summer 2017 and trained another seven students. Two of them, Deuntay Williams and Shalin Jewett, joined Lobaki after graduating.

"This industry is taking off, but there still aren't enough skilled individuals out there to create all the content we need to drive development," Jordan says. "We're focusing on training young people to use virtual and augmented reality technology because we're looking to build a workforce for VR here in Mississippi. A lot of students here face a lack of opportunities compared to students in places like Boulder, but they're just as smart, and with the right training, they'll be able to use their skills to become entrepreneurs or go to work for other companies."

The Lobaki VR Academy offers courses that teach elements of VR programming and coding such as set and level design, digital modeling, animation, lighting, sound, character creation and more. Classes take place four hours per day, five days per week for 12 weeks. Over the course of the program, the students get to try out all aspects of programming and then choose what they find to be their personal area of interest and focus on it, Jordan says. During the final four weeks, the final eight students collaborate to create their own VR experience, and decide if they would like to release their product onto the marketplace.

Some of the finished products from students now on sale include VRCURATOR, a program that allows the user to communicate with someone using virtual reality by putting their voice into the VR experience through a special headset, with the ability to modulate their voice to better fit into the VR program being used. Another one, "Fall Fear Fly Redemption," is an exploration-based adventure game that is currently available on online gaming platform STEAM.

Students who complete the Lobaki VR Academy 12-week program can also choose to return for a second, more in-depth course that focuses on programming tools used in VR such as Unreal Engine, Unity and iClone 7.

"VR has great potential in fields like health care and education," Jordan says. "Students training to be surgeons, for example, can be put into a virtual operating room with information on their patient available, then be tasked to perform an operation in VR.

"In the classroom, a teacher doing a class about the solar system could put their students into a VR headset and fly them to Mars on a virtual field trip instead of using textbooks, videos or models."

Lobaki currently has a VR academy at Jackson State University. Jordan plans to conduct two separate summer sessions for the JSU academy each year, one in the morning and one in the afternoon. The next session is scheduled to begin at the end of May 2019. The classes are free to attend.