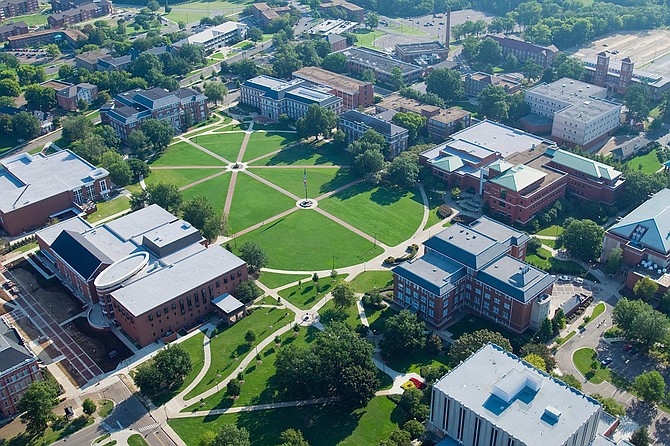 Mississippi State University will hold its Homecoming Week from Sunday, Oct. 28, to Saturday, Nov. 3. A press release states that the theme of the event is "Old is Gold: Bringing Back Tradition in a New Era." Photo courtesy MSU/Facebook Photo by MSU/Facebook

Mississippi State University will hold its Homecoming Week from Sunday, Oct. 28, to Saturday, Nov. 3. A press release states that the theme of the event is "Old is Gold: Bringing Back Tradition in a New Era."

The MSU Student Association will begin Homecoming Week with a special service on Sunday, Oct. 28, at the campus' Chapel of Memories from 8 p.m. to 9 p.m. The event is free, and will include remarks from MSU Student Association Executive Council President Mayah Emerson and Vice President of Student Affairs Regina Hyatt. MSU stated in the release that it is encouraging visitors to wear maroon, white or black business attire to the service.

The Center for Student Activities will sponsor a door-decorating competition for all departments, student organizations and residence hall councils until Oct. 30. Groups can decorate office entrances or those leading into their building, but must get approval from their building manager first.

Student organizations can pick up banners to decorate from the CSA office in Colvard Student Union, suite 341. Fraternity and sorority chapters can also decorate their on-campus houses or lawns as part of a separate competition.

All participants must complete their door decorations and house or lawn displays by 5 p.m. on Oct. 30. Winners will receive a pizza party for their office or organization or a $500 credit to MSU event services or union operations.

Other events during MSU Homecoming Week will also include a donation drive for the Block by Block food bank program; a fundraiser for the MSU student chapter of the Oktibbeha County Humane Society featuring dogs that students can rent time to play with; a "Pancakes on the Plaza" event featuring the homecoming king and queen serving pancakes to students alongside MSU President Mark E. Keenum; a Homecoming Carnival featuring food, rides, booths and inflatables in the parking lot of the Newell-Grissom Building.

Millsaps' new program is for southern clergywomen serving as solo or senior pastors for the first time, as well as associate ministers looking to take on either of those roles. The program will organize clergywomen from different denominations and traditions into small groups to offer peer mentorship to each other, Rev. Paige Swaim-Presley, director of the Center for Ministry, told the Jackson Free Press.

The program will also host retreats and pilgrimages where the assembled peer groups can meet and learn from women in senior church leadership. Millsaps will provide programs to participants' church congregations on how they can better support their pastors, as well.

"We developed this proposal by researching what it's like for clergy to flourish in ministry and how clergywomen are struggling to thrive," Swaim-Presley said. "Clergywomen experience higher rates of depression, stress around their personal and family lives in relation to their commitment to church, disparities in salary compared to men and a lack of support for ordination of women, among other challenges."

Millsaps will begin development for the new Center for Ministry programs, including hiring a program director, in January 2019. The first peer groups will begin meeting by fall 2019.

"We're excited to be able to foster a culture of mentorship among clergywomen with this program," Presley said "At Millsaps, we take mentorship seriously in regard to our students, and do everything we can to support them through scholarships, travel opportunities and more."

The Lilly Endowment grant is part of its Thriving in Ministry initiative, which works to develop mentorship programs for pastors nationwide and has given nearly $70 million in total grants to 78 organizations in 29 states. The initiative also gave a $1 million grant to Belhaven University in early October.

Kevin Russell, vice president for enrollment and marketing at Belhaven University, and Jackson Academy Head of School Jack Milne recently signed a memorandum of understanding to establish a tuition exchange and scholarship program between the two institutions.

The agreement will reduce tuition costs for Jackson Academy graduates who enroll at the university. Belhaven faculty and staff sending their children to Jackson Academy will also receive price reductions.