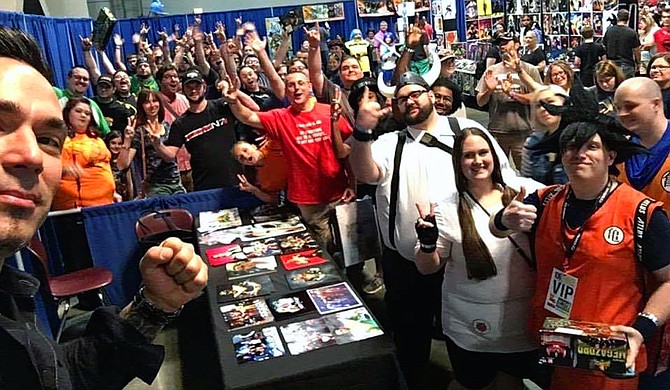 It is March in Jackson, which means two things. First, spring is almost here, and second, the Mississippi Anime Festival is upon us. The second annual event, which takes place March 10 at the Mississippi Trade Mart, brings together vendors, special guests, artists, cosplayers and more under one roof to celebrate Japanese animation and pop culture. Here are some things to look for while you're there.

Lady Helen's Soaps: handmade lotions, lip-glosses and soaps, some of which take inspiration from popular TV shows and films such as "Fight Club" and "Star Wars"

Reignfire Jewelry Designs: jewelry such as rings, necklaces and earrings, keychains and more

Anjali Bhimani: appeared on TV shows such as "Modern Family," "NCIS" and "Silicon Valley," and voiced video-game characters Nisha on "Fallout 4" and Symmetra in "Overwatch"

Mississippi Anime Festival is Saturday, March 10, at the Mississippi Trade Mart (1209 Mississippi St.) from 10 a.m. to 6 p.m. Pre-sale tickets are $15 before midnight on Friday, March 9. Regular admission is $20. Admission is $5 for children ages 2 to 8, and children under age 2 get in for free. For more information, visit msanimefest.com.