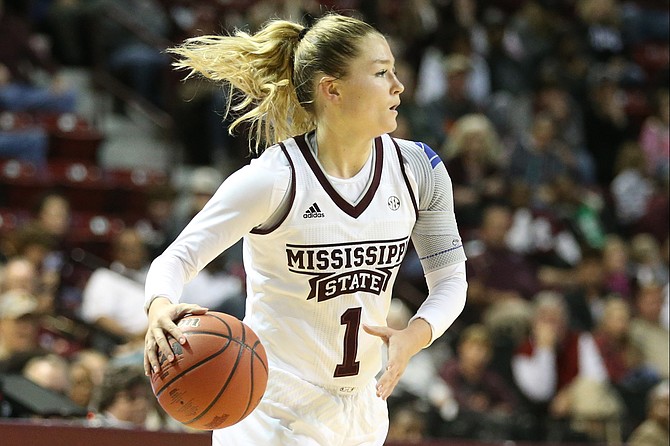 On route to the national championship game last season, the Mississippi State University women's basketball team surprised many around the country by beating No. 1 seed Baylor University. The Bulldogs then shocked the world by upsetting the No. 1 overall seed University of Connecticut.

MSU couldn't pull off defeating a third straight top seed, and its nemesis, the University of South Carolina, took home the title in an all Southeastern Conference title game. The inspiring run to the title game left fans wondering what the Bulldogs would do for an encore this season.

The 2017-2018 Mississippi State squad has been even better than last year's team. The Bulldogs became the second SEC team to finish the regular season with an undefeated record of 30-0, joining the 1997-1998 University of Tennessee team. MSU is also the first SEC team to finish 16-0 in conference play, as the Volunteers only played 14 conference games in their legendary season.

The Bulldogs are one of two undefeated teams left at the Division I level for men's or women's basketball this year, joining 29-0 UConn, so it is no surprise to see the Bulldogs up for nearly every award not that they have finished the regular season. MSU players took all three finalist spots for the Gillom Trophy.

Senior guard Blair Schaefer, daughter of MSU head coach Vic Schaefer, is one of the three finalists for the award, which is the top women's basketball player in our state receives each year. Senior guard Victoria Vivians and juniorcenter Teaira McCowan are the other two finalists.

Schaefer faces tough competition from her fellow finalists. Vivians is the only three-time winner of the award, having won it for three consecutive seasons, and is First Team All-SEC this season. McCowan is the SEC Co-Defensive Player of the Year, First Team All-SEC and SEC All-Defensive Team.

However, Schaefer is having her best season as a Bulldog. She leads the team in charges taken with 22, and is averaging a career-best 9.8 points per game and 10.8 points in SEC play. She is also one of the best three-point shooters in the conference, making 2.7 per game and an average of three per conference game.

Her 81 three-pointers put her in front of the team in that category and are the fifth most three-point shots in team history. She also leads the team in minutes played at 31.6 per game, and has garnered 1.8 rebounds per game, 2 assists, 16 steals and two blocked shots this season.

Schaefer's defensive toughness earned her SEC All-Defensive Team honors. She stands out in the classroom, as well, with a 3.63 GPA, which made her one of three Scholar-Athletes of the Year. The former Starkville High School star is also a three-time SEC Community Service Team member.

After playing at A&M Consolidated High School in College Station, Texas, Schaefer transferred to Starkville High School after her sophomore year. In her final year at Starkville High, she earned all-state honors and all-area Girls Co-Player of the Year, and she played in the Mississippi-Alabama All-Star Classic and the Mississippi Association of Coaches' All-Star Game.

Schaefer joined her father at MSU as a freshman for the 2014-2015 season and saw action in 24 games, scoring an average of 2.5 points per game. In her sophomore season, she played in 33 games and averaged 2.8 points per game. She was second on the team in three-pointers, making 24 that season.

A Mississippi State player has won the Gillom Trophy five of the 10 times that it has been presented. Two of the three finalists for the Howell Trophy, which is given to the top men's basketball player in our state, are also MSU athletes. Brothers Quinndary and Nick Weatherspoon are both up for the trophy alongside University of Southern Mississippi guard Cortez Edwards.

Fans can vote for both trophies at csopavoting.com until 5 p.m. on Saturday, March 3. Members of the media will make up the rest of the vote. The awards banquet will take place at 11:30 a.m. on Monday, March 5, at the Mississippi Sports Hall of Fame and Museum (1152 Lakeland Drive).

Schaefer and the MSU women's basketball team return to action this Friday, March 2, in the SEC Tournament. The Bulldogs will face the winner between the University of Alabama and the University of Kentucky at noon on the SEC Network.